variants or Super PAC
US politics
: a type of political action committee that is legally permitted to raise and spend larger amounts of money than the amounts allowed for a conventional PAC
specifically : an independent PAC that can accept unlimited contributions from individuals and organizations (such as corporations and labor unions) and spend unlimited amounts in support of a candidate but that cannot directly contribute money to or work directly in concert with the candidate it is supporting

Note: The term super PAC has seen occasional use since the 1980s, but its now-established specific meaning and widespread use derive from federal court decisions made in 2010.

In 1974, Congress enacted limits on individual contributions to federal candidates and political committees in the wake of the Watergate scandal. In 2010, the U.S. Supreme Court in the Citizens United case declared the corporate expenditure ban unconstitutional, holding that independent expenditures could not be constitutionally limited in federal elections, and implicitly that corporations could give unlimited amounts to other groups to spend, as long as the expenditures were made independently from the supported candidate. Subsequently, the U.S. Court of Appeals for the D. C. Circuit … held that the limits on individual contributions to groups that made independent expenditures were unconstitutional. Thus was born the super PAC.

Fred Wertheimer, CNN.com, 14 Feb. 2012
Some strategists in both parties said they believed that the central role of super PACs in the Republican primaries will make it difficult for candidates in 2016 — when both parties will have contested primaries — to resist deploying allies to organize one, forcing them to compete for the allegiance of a small group of wealthy donors who can write six- and seven-figure checks. 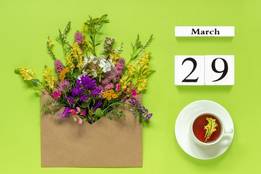