1
: to meet or satisfy a need : be sufficient
a brief note will suffice
—often used with an impersonal it
suffice it to say that they are dedicated, serious personalities

Cheryl Aldridge
2
: to be competent or capable

: to be enough for
a few more should suffice them
sufficer noun

She's also decided that she can't countenance her mother, who gives Jane cash but demands that her daughter save every receipt or package to prove that she didn't spend the money on drugs. Suffice it to say, their short-lived truce is over.

Alec Klein, A Class Apart: Prodigies, Pressure, and Passion Inside One of America's Best High Schools, 2007 Thirteen years later, I still don't know exactly what to make of this letter. It goes without saying that a simple thank-you note, especially nearly a year late, would have sufficed.

Scott Turow, Atlantic, December 2005 But what of the meteoroids that come from other large objects in the solar system? To escape from Venus or the Earth, matter must be ejected at a velocity of at least seven miles a second; on Mars, three miles a second will suffice.

Donald Goldsmith, Natural History, September 2003 No, you don't need to write a letter. A phone call will suffice. Her example alone should suffice to show that anything is possible.
Recent Examples on the Web The question of how many council meetings De León can miss is a bit knotty — the rules are in the City Charter, but suffice to say that this isn’t a situation the city has dealt with before.

Matt Hamilton, Los Angeles Times, 22 Oct. 2022 While 200 miles wouldn’t cut it for personal-use vehicles, hard-nosed fleet managers know how far each of their trucks travels daily—and whether 200 miles of range (minus allowances for highway use, winter temperatures, and towing) will suffice.

Bruce Vielmetti, Journal Sentinel, 30 Sep. 2022 The author covers the debates that raged in the 18th and 19th centuries between mechanists, who understood nature as a machine reducible to its discrete parts (reductionism), and vitalists who argued that this sum did not suffice to explain life.

Adam Liptak, BostonGlobe.com, 23 Oct. 2022 Where the film goes must be seen to be believed, but suffice it to say that Dickinson and his co-stars begin in a romantic drama that turns into an absurdist comedy of manners before descending into an all-out action thriller.

Juan A. Ramírez, Vogue, 7 Oct. 2022 Its Wikipedia article has the nuts and bolts for those interested, but suffice it to say that ExoMars is now two decades old and of high priority to the European Space Agency.

Eric Berger, Ars Technica, 25 Feb. 2022 Such examples could go on and on, but suffice it to say that Texas and Texans fully understand the value of a diversified economy and have been successfully aspiring towards that goal for 36 years now.

These example sentences are selected automatically from various online news sources to reflect current usage of the word 'suffice.' Views expressed in the examples do not represent the opinion of Merriam-Webster or its editors. Send us feedback.

Middle English suffisen, sufficen "to be adequate, be capable," borrowed from Anglo-French suffis-, stem of suffire "to be sufficient for, be adequate," Latinization of Old French sofire, soufire, going back to Vulgar Latin *suffīcere, alteration (with ī from verbs such as dīcere "to say") of Latin sufficere "to provide, appoint, have enough strength or capacity, be adequate," from suf-, assimilated form of sub- sub- + facere "to make, do" — more at fact 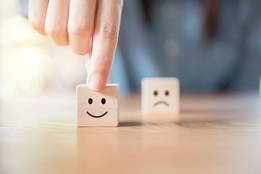 On ‘Suffice It to Say’

What exactly is the 'it' being sufficed, anyway?

suffice (it) to say

sufficed; sufficing
1
: to meet or satisfy a need : be sufficient
a brief note will suffice
2
: to be competent or capable
3
: to be enough for

More from Merriam-Webster on suffice