plural sing-alongs
: an informal session of group singing of popular or folk songs : songfest
People who had brought their guitars led spontaneous sing-alongs in the hotel lobby.—

Mary Beth Giles
Audience participation is one of the things that has made the show a success, and there will, again, be plenty of opportunity to take part in the sing-alongs.—

Canadian Motorist
also : a song appropriate for a sing-along
A guy from the wedding party joined the band for the Garth Brooks classic sing-along "Friends in Low Places" and knocked it out of the park. —

1959, in the meaning defined above 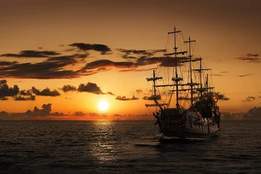 Way hay and up she rises.