: a police organization operating for the most part in secrecy and especially for the political purposes of its government often with terroristic methods

Robyn Dixon, Washington Post, 23 Dec. 2022 When John Paul II’s native Poland was part of the old Soviet bloc, accusations against priests were routinely dismissed as fabrications by the communist secret police to undermine the church. —

Corky Siemaszko, NBC News, 31 Dec. 2022 In Warsaw, authorities in 1989 quickly toppled a monument to Felix Dzerzhinsky, a Polish aristocrat who organized the Soviet secret police after the 1917 Bolshevik revolution. —

Vanessa Gera, Anchorage Daily News, 31 Aug. 2022 The Soviet secret police had a robust U.S. presence in the 1950s, and Cynthia feared these agents would kill her children. —

Souad Mekhennet, Washington Post, 23 Nov. 2022 The biographer has succeeded in humanizing the public image of the coldhearted secret police chief. —

Kai Bird, Washington Post, 9 Nov. 2022 Rivas was an assistant to the head of the DINA secret police during the dictatorship. —

Washington Post, 10 May 2022 But a few months later, that plan foundered when some of his generals and secret police agents launched a coup against him. —

These example sentences are selected automatically from various online news sources to reflect current usage of the word 'secret police.' Views expressed in the examples do not represent the opinion of Merriam-Webster or its editors. Send us feedback. 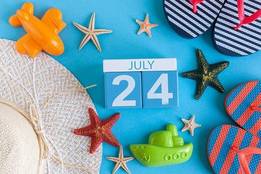 noun
: a police organization operating mostly in secrecy and especially for the political purposes of its government and often using methods of terrorists

More from Merriam-Webster on secret police