1
: a goat upon whose head are symbolically placed the sins of the people after which he is sent into the wilderness in the biblical ceremony for Yom Kippur
2
a
: one that bears the blame for others
b
: one that is the object of irrational hostility

On Yom Kippur, the ancient Hebrews would sacrifice one goat for the Lord and lead another one into the wilderness bearing the sins of the people. The ceremony is described in Leviticus, where it is said that one lot shall be cast for the Lord and one for "Azazel." Modern scholars usually interpret Azazel as being the name of a demon living in the desert, but ancient biblical translators thought Azazel referred to the goat itself, apparently confusing it with the Hebrew phrase ez ozel, meaning "goat that departs." The mistranslation was carried through Greek and Latin into a 16th-century English translation, where the word for the goat was rendered as scapegoote; that is, "goat that escapes." The extended senses of scapegoat we use today evolved from this biblical use.

The History of Scapegoat

Scapegoat has a fascinating history. Today the word is used to refer to one who is wrongly blamed for something, but it originated with an actual goat.

In the Jewish and Christian Scriptures, God ordained a particular day during which the entire nation of Israel would set aside work, and during which the priests would atone for the sin of the whole nation. Among the rituals prescribed was the scapegoat:

And Aaron shall cast lots upon the two goats; one lot for the Lord, and the other lot for the scapegoat. And Aaron shall bring the goat upon which the Lord’s lot fell, and offer him for a sin offering. But the goat, on which the lot fell to be the scapegoat, shall be presented alive before the Lord, to make an atonement with him, and to let him go for a scapegoat into the wilderness. —Leviticus 16:8-10, KJV

The scapegoat carried the sin of the people away with it, thereby cleansing Israel for another year.

The English scapegoat is a compound of the archaic verb scape, which means "escape," and goat, and is modeled on a misreading of the Hebrew ʽazāzēl (which is probably the name of a demon) as ʽēz 'ōzēl , "the goat that departs." More modern translations render scapegoat in this text as Azazel, but the misreading endured and has entered the lexicon.

Noun The CEO was made the scapegoat for the company's failures. companies often use the economy as a scapegoat to avoid taking responsibility for dropping sales
Recent Examples on the Web
Noun
For years, Baker has also provided a useful scapegoat for legislative leaders when they were pressed by activists or more liberal members to pass more progressive policy.

Chron, 6 Nov. 2022 Because of that dynamic, the initial reaction to the news of Brady’s firing was that the Colts had decided to make their offensive coordinator the scapegoat for the team’s poor offensive performance.

The Indianapolis Star, 3 Nov. 2022 Such things almost always lead to harassment, as the mob looks for someone to blame, an individual villain to scapegoat.

WIRED, 22 Oct. 2022 On one side was a group of Asian Americans who saw Liang as a scapegoat for White police officers involved in fatal shootings, sacrificed because of his Chinese heritage.

Jung Yun, Washington Post, 10 Oct. 2022 Trans people are being used as a scapegoat to get cheap shots for political and financial gain.

Phillip Zonkel, USA TODAY, 29 June 2022 She is being made the scapegoat for the economic policy blunders that the ruling Conservatives have made over 12 years in power, and especially since 2019 under previous Prime Minister Boris Johnson.

The Editorial Board, WSJ, 20 Oct. 2022 Some legislators have made gas taxes the scapegoat, with some jurisdictions voting in favor of a gas tax holiday or even an outright suspension.

Paul Farhi, Washington Post, 28 June 2022 Danilov argued that the FSB was in fact responsible for the bombing and is trying to scapegoat Ukraine.

Anders Hagstrom, Fox News, 23 Aug. 2022 Many Tunisians have blamed the Islamist Ennahda party for the country’s political failures — claims that party officials say are efforts to scapegoat them for systemic problems.

Al Shipley, Billboard, 26 May 2022 Right-wing politicians and media are trying to scapegoat frozen wind turbines for the state’s power disaster.

Heather Hansman, Outside Online, 17 Feb. 2021 The country needs to address the root cause of inflation and not scapegoat mobile money platforms.

These example sentences are selected automatically from various online news sources to reflect current usage of the word 'scapegoat.' Views expressed in the examples do not represent the opinion of Merriam-Webster or its editors. Send us feedback.

scape entry 1; intended as translation of Hebrew ʽazāzēl (probably name of a demon), as if ʽēz 'ōzēl goat that departs—Leviticus 16:8 (King James Version) 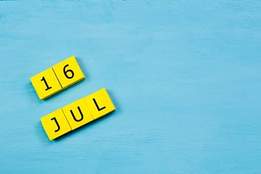 The words that defined the week ending July 16th, 2021

scape·​goat
ˈskāp-ˌgōt
: a person or thing taking the blame for others

More from Merriam-Webster on scapegoat