1
: in the order given
Mary and Anne were respectively 12 and 16 years old
2
: in particular : separately
could not recognize the solutions as salty or sour, respectively

Jonas Shaffer, Baltimore Sun, 28 Sep. 2022 The news is even worse in cities in key swing states -- including Phoenix, Atlanta and Miami, with inflation jumps year over year of 13%, 11.7%, and 10.7%, respectively, according to Axios analysis of BLS data.

Charlie Dent, CNN, 16 Sep. 2022 Roughly the same share of both Democrats and Republicans —57% and 58% respectively — think misinformation about the virus and vaccines has fed problems in the national response to the pandemic, according to an October survey by Pew Research.

These example sentences are selected automatically from various online news sources to reflect current usage of the word 'respectively.' Views expressed in the examples do not represent the opinion of Merriam-Webster or its editors. Send us feedback. 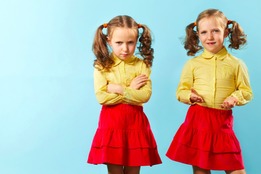 Respect the differences between this pair

re·​spec·​tive·​ly
ri-ˈspek-tiv-lē
: each in the order given
John and Mary were 12 and 13 years old respectively

More from Merriam-Webster on respectively

Thesaurus: All synonyms and antonyms for respectively