1
: to see beforehand
specifically : to view or to show in advance of public presentation
2
: to give a preliminary survey of
previewer
ˈprē-ˌvyü-ər

1
: an advance statement, sample, or survey
2
: an advance showing or performance (as of a motion picture or play)
3
or less commonly prevue
ˈprē-ˌvyü

: a selected group of scenes shown to advertise a movie, television show, etc.

Verb The designers will preview their new lines at the fashion show. They previewed the upcoming football season. You can preview the page before you print it. Noun We saw the movie at a special preview. Before the movie starts they always show previews of coming attractions. There are previews of the next week's episode at the end of each show. They gave a preview of the upcoming football season. The magazine includes a preview of the newest fall fashions. See More
Recent Examples on the Web
Verb
Williams will meet with the media for his weekly press conference at 3 p.m. to preview the Tigers’ game with the Hilltoppers.

oregonlive, 14 Nov. 2022 Check out how to claim your free bet of $1,000 and preview one of the biggest college football games of the year.

Eliseé Browchuk, Vogue, 26 Oct. 2022 Kirk Herbstreit, Corso’s fellow GameDay cast member and one of the more influential voices in college football, met with reporters via conference call on Tuesday to preview the 2022 season.

David Furones, Sun Sentinel, 13 Oct. 2022 At that event, the broadcast network will preview its upcoming 2022-2023 slate to Madison Avenue.

Jennifer Maas, Variety, 13 May 2022
Noun
On this game preview edition of Buckeye Talk, Doug Lesmerises, Nathan Baird and Stephen Means dig in deep on the matchup between No. 2 Ohio State and No. 3 Michigan, while Michigan writer Aaron McMann stops by for a segment to lend his expertise.

Chris Gardner, The Hollywood Reporter, 23 Nov. 2022 Naturally, the episode ends with an extended preview for our next bad habit: The new season of The Bachelor, starring Zach Shallcross.

Kristen Baldwin, EW.com, 23 Nov. 2022 Minnesota had perhaps its biggest win of the season Week 10 against the Buffalo Bills in what some pegged as a possible Super Bowl preview.

Demetrius Simms, Robb Report, 21 Nov. 2022 Russia's invasion offers a preview of a possible world of tyranny and turmoil that none of us want to live in.

These example sentences are selected automatically from various online news sources to reflect current usage of the word 'preview.' Views expressed in the examples do not represent the opinion of Merriam-Webster or its editors. Send us feedback. 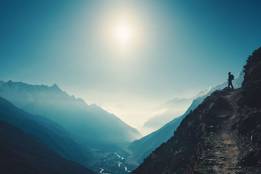 : to view or show in advance

1
: a showing of something (as a movie) before regular showings
2
also prevue
-ˌvyü

: a showing of bits from a movie that is to be shown in the near future

More from Merriam-Webster on preview

Thesaurus: All synonyms and antonyms for preview