The etymology of the word posthumous tells a complex story. In Latin, posterus is an adjective meaning "coming after" (from post, meaning "after"). The comparative form of posterus is posterior, and its superlative form is postumus, which means, among other things, "last." Postumus had specific application in referring to the last of a man's children, which in some cases meant those born after he had died. Latin speakers incorrectly identified the -umus in this word with humus, meaning "dirt" or "earth" (suggesting the ground in which the unfortunate father now lay). The Latin spelling became posthumus, as if the word were formed from post and humus, and both the "h" and the suggestion of "after burial" or "after death" carried over into English.

Where does posthumous come from?

Readers who are looking for the origins of the word posthumous may be interested to know that it is an example of a folk etymology. A folk etymology involves the respelling or changing of an unfamiliar word (often one borrowed from another language) to make it resemble an unrelated but better-known word or words. The classic example in English is cockroach, which was formed by substituting the English words cock (the name of a bird) and roach (the name of a fish) for the similar-sounding but totally unrelated Spanish word for a bug, cucaracha.
Posthumous comes from the Latin posthumus, which is itself an alteration of postumus ("born after the father's death"). It is thought that the word humus (meaning "dirt, earth" in Latin) was substituted for -umus in the mistaken belief that the word's final element had something to do with the soil in a grave.

She received a posthumous award for her life of philanthropy. the soldier was awarded a posthumous medal for valor
Recent Examples on the Web David Bowie could score another posthumous hit, this time with the original soundtrack to the Brett Morgan-helmed documentary film, Moonage Daydream (via Parlophone).

Chris Mueller, USA TODAY, 19 Nov. 2022 Mugler worked closely with the curator Thierry-Maxime Loriot to bring the exhibition to life, but this will be the first show to open as a posthumous retrospective instead, given the designer’s untimely passing in January of this year.

Adrianna Freedman, Good Housekeeping, 9 Nov. 2022 Aziz was released from prison in 1985; Islam was released in 1987 but died in 2009 and received a posthumous exoneration.

Lester Fabian Brathwaite, EW.com, 30 Oct. 2022 Houston will be in Cleveland for her father’s posthumous induction into the Cleveland-Marshall College of Law Hall of Fame at Cleveland State University.

These example sentences are selected automatically from various online news sources to reflect current usage of the word 'posthumous.' Views expressed in the examples do not represent the opinion of Merriam-Webster or its editors. Send us feedback.

Latin posthumus, alteration of postumus late-born, posthumous, from superlative of posterus coming after — more at posterior 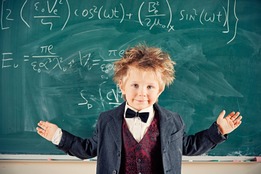 Uranus, Quinoa, and Other Tricky...

10 words that you're not sure how to say

post·​hu·​mous
ˈpäs-chə-məs also -t(y)ə-
1
: born after the death of the father
2
: following or occurring after death
posthumously adverb

More from Merriam-Webster on posthumous