1
a
: a young domesticated swine usually weighing less than 120 pounds (50 kilograms) compare hog sense 1a
b
: a wild or domesticated swine regardless of age or weight
2
a
: pork
b
: pigskin
3
: a dirty, gluttonous, or repulsive person
4
: a crude casting of metal (such as iron)
5
slang : an immoral woman
6
slang, disparaging : police officer
piglike
ˈpig-ˌlīk

Noun Don't be a pig. Say “excuse me” after you burp. all-you-can-eat buffets seem to encourage some people to become shameless pigs
Recent Examples on the Web
Noun
The races happen daily and feature pigs and wiener dogs dressed like hot dogs. —

Sheila Vilvens, Cincinnati.com, 20 July 2017 The league has rescued monkeys, pigs, ponies, even a drug dealer's cougar, and thousands of dogs and cats every year. —

Agnieszka De Sousa, Bloomberg.com, 11 July 2017 Miley's a long-time animal lover, with many dogs, cats, and even pigs of her own. —

Rosa Inocencio Smith, The Atlantic, 5 July 2017 The owner of the briefly emancipated pigs showed up shortly after and escorted the mother home. —

CBS News, 12 Apr. 2022 Pig bones: Construction workers uncovered what turned out to be pig bones Tuesday at the site of the new Sherwin-Williams headquarters in downtown Cleveland, reports Olivia Mitchell. —

Washington Post, 23 Dec. 2019 Andrae said the devastation to pig herds across Asia had created export opportunities for Australian pig farmers in markets including the Philippines and Singapore. —

Rod Mcguirk, San Diego Union-Tribune, 15 Oct. 2019 Andrae said the devastation to pig herds across Australia had created export opportunities for Australian pig farmers in markets including the Philippines and Singapore. —

Washington Post, 15 Oct. 2019 Still, dog owners who opt to resume treating their pets to pig ears should take the following precautions, according to the CDC: Wash your hands. —

These example sentences are selected automatically from various online news sources to reflect current usage of the word 'pig.' Views expressed in the examples do not represent the opinion of Merriam-Webster or its editors. Send us feedback. 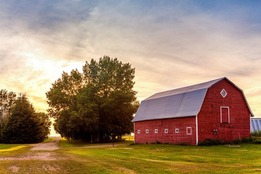 If you've got a pig in a poke - what exactly is a poke?

How English Got Frenchified

And wound up with pairs of words—one fancy, one not—for the same things

noun
ˈpig
1
a
: a young domesticated swine usually weighing less than 120 pounds (54 kilograms) compare hog sense 1a
b
: a wild or domesticated swine of any age or weight
2
a
: pork sense 1
b
: pigskin sense 1
3
: a dirty, gluttonous, or repulsive person
4
: a metal cast (as of iron) poured directly from the smelting furnace into a mold

More from Merriam-Webster on pig