1
: of, relating to, or being a pedant
a pedantic teacher
2
: narrowly, stodgily, and often ostentatiously learned
a pedantic insistence that we follow the rules exactly
Far worse, he was pedantic, pernickety, letting nothing inaccurate or of uncertain meaning go by—not an aphrodisiac quality.

Kingsley Amis
3
: unimaginative, dull
Pedantic song choices don't help any. Only 2 out of 10 songs stray from the most common classic-rock fodder.

What is the difference between pedantic and didactic?

The word didactic generally means "designed to teach," but it is often used in a negative way to describe boring or annoying lessons, or the people who teach them. While didactic can have a neutral meaning, pedantic is almost always an insult. It typically describes an irritating person who is eager to correct small errors others make, or who wants everyone to know just how much of an expert they are, especially in some narrow or boring subject matter.

Is pedantic an insult?

Pedantic is an insulting word used to describe someone who annoys others by correcting small errors, caring too much about minor details, or emphasizing their own expertise especially in some narrow or boring subject matter.

What is an example of pedantic?

A pedantic person may do lots of annoying things, such as point out minor errors, correct people who make small mistakes, and brag about their own knowledge and expertise.

It may seem pedantic to harp on what looks like mere procedure, but this is one case where the process is the forest.

Hendrik Hertzberg, New Yorker, 29 May 2000 Yet not since Kenneth Roberts has anyone written of early New England life in such vivid and convincing detail. (The minor inaccuracies will stir only the pedantic.)

Annie Proulx, New York Times Book Review, 28 Apr. 1991 What I'm objecting to is that picture books are judged from a particular, pedantic point of view vis-à-vis their relation to children—and I insist that a picture book is much more.

Maurice Sendak, Caldecott & Co., 1988 She is looking for the will, or for the diary; always looking for herself in history, the self the pious, pedantic Tolstoyans would disinherit and deny.  …

Elizabeth Hardwick, Bartleby in Manhattan and Other Essays, (1962) 1984
Recent Examples on the Web Examples of this pedantic approach to regulation abound.

Eric J. Pan, WSJ, 31 Oct. 2022 Without becoming pedantic or dull, the series returns to the idea that men are from Mars and women are from Venus, operating on different wavelengths, with sometimes opposing goals and morals.

Kelly Lawler, USA TODAY, 24 Oct. 2022 Royster’s writing is sometimes conjectural, other times pedantic, but in many passages her prose soars, particularly in her chapter on Valerie June.

Santi Elijah Holley, Los Angeles Times, 7 Oct. 2022 Or should it be based on a nimbler, less pedantic standard designed by people who can’t agree on what’s best?

Nate Hopper, The New Yorker, 30 Sep. 2022 In more recent years, as the expediency of social media brought casual flair to the niceties of grammar, syntax and punctuation, Fuhrmann was neither fussy nor pedantic.

Matthew Lee, Nomaan Merchant And Aamer Madhani, Anchorage Daily News, 2 Aug. 2022 The toppling of the pedantic figurehead notorious for his dull speeches, could provide an opening for a more charismatic new leader who could help al-Qaeda regain its stature atop the global Islamist movement.

These example sentences are selected automatically from various online news sources to reflect current usage of the word 'pedantic.' Views expressed in the examples do not represent the opinion of Merriam-Webster or its editors. Send us feedback. 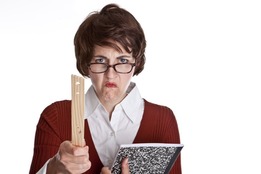 Don't call your teacher either one 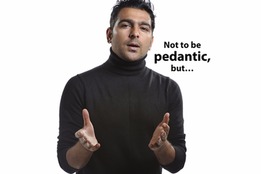 A confrontation with Jeb Bush drove many to their dictionaries ...

More from Merriam-Webster on pedantic

Thesaurus: All synonyms and antonyms for pedantic