1
a
: one associated with another especially in an action : associate, colleague
our military partners throughout the world
b
: a person with whom one shares an intimate relationship : one member of a couple
Evan and his partner are going on a Caribbean cruise.
c
: either of two persons who dance together
d
: one of two or more persons who play together in a game against an opposing side
partners in card games
2
: a member of a partnership especially in a business
partners in a law firm
also : such membership
3
: one of the heavy timbers that strengthen a ship's deck to support a mast —usually used in plural
4
archaic : one that shares : partaker
partnerless
ˈpärt-nər-ləs

: to join as a partner

1
: to join or associate with another as partner
2
: to provide with a partner

Noun His partner, his wife of 20 years, was shocked to hear about his accident. They are partners in the real estate business. Singapore's most important trading partner is Indonesia. She was a senior partner at the Wall Street firm. We were each assigned a partner for the project. Verb The sporting goods store partnered with the newspaper to sponsor the road race. She partnered with her sister, and they opened a candy shop together. See More
Recent Examples on the Web
Noun
Simply put, people who are wealthier and healthier than average are more likely not only to get married but also to find a partner who is wealthier and healthier than average. —

Libby Richards, Fortune, 13 Jan. 2023 For location managers scouting the ideal place to get a production set up, shot and completed quickly, working with a hotel partner who offers this sort of expertise is vital— especially if public spaces are involved. —

Caitlin White, Variety, 12 Jan. 2023 Mike Volpi, a partner with the venture capital firm Index Ventures, who was among the early investors in generative A.I., said the Microsoft-OpenAI partnership is one of the many contenders hoping to control where the technology is headed. —

Karen Weise, New York Times, 12 Jan. 2023 So now the Heat have found a partner in crime for Butler, with the two hoping to steal into the nights over the second half of the season. —

Ira Winderman, Sun Sentinel, 12 Jan. 2023 While Boehly is correct that younger viewers have flocked to streaming for video entertainment, a TV network partner would still be necessary to maintain critical mass for the event, at least in the near future. —

Los Angeles Times, 11 Jan. 2023 Kishida’s visit to Washington comes as his political standing is wavering, his poll approval ratings often below 40 percent, and with President Biden wanting to give a stalwart partner a boost. —

Laura Forman, WSJ, 11 Jan. 2023 Maloney has a double date partner in Lala Kent, who also let the world in on her high-profile split from movie producer Randall Emmett during the previous season of Vanderpump Rules. —

Nicole Serena Silver, Forbes, 26 Jan. 2023 According to Harvey, the decision to partner with a celebrity is based on a different business model than many others follow in this crowded field. —

Jonah Flicker, Robb Report, 25 Jan. 2023 Affleck said as much at The New York Times Dealbook Summit Nov. 30, when asked about the decision to partner with RedBird on Artists Equity, which will release three projects in 2023 and aims to scale up to five annually. —

Alex Weprin, The Hollywood Reporter, 9 Dec. 2022 First things first, how did the opportunity to partner with Fila come about? —

Liam Hess, Vogue, 18 Nov. 2022 Founders Bob and Renee Parsons saw an opportunity to partner with Jonas to deliver a collection that married true style and performance. —

Cristina Montemayor, Men's Health, 26 Oct. 2022 The decision to partner with Heuser marks the first step for FC Cincinnati in its quest to build a live-work-play destination around TQL Stadium. —

Sydney Franklin, The Enquirer, 11 July 2022 But For The Win's Andy Nesbitt said those comments, and Phil's decision to partner with Saudi money, could tarnish his career. —

These example sentences are selected automatically from various online news sources to reflect current usage of the word 'partner.' Views expressed in the examples do not represent the opinion of Merriam-Webster or its editors. Send us feedback.

circa 1616, in the meaning defined at transitive sense 1 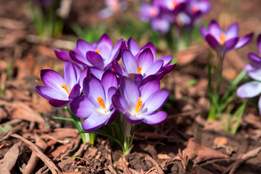 Words of the Week - April 1

Dictionary lookups from Congress, the White House, and the Oscars (sort of)

noun
part·​ner
ˈpärt-nər
1
: one associated in action with another : colleague
2
: either of a couple who dance together
3
: one of two or more persons who play together in a game against an opposing side
4
: a person with whom one shares an intimate relationship : one member of a couple
5
: a member of a partnership

More from Merriam-Webster on partner