: to indulge (someone, or something) too much: such as
a transitive : to be too permissive with (someone) They overindulged their grandchildren. : to allow (oneself or another person) to have or do something to excess For years he had overindulged himself in food, drink, and finally worry.— Sean Dennis Cashman
b transitive : to yield too much to (something, such as a feeling, interest, or desire) overindulged their children's whims Already I had the uneasy feeling that I was overindulging that middle-aged longing for an epiphany …— John Gregory Dunne … it was felt … that in these two books Dickens had overindulged his liking for grotesque exaggeration and caricature.— Michael Hollington
c intransitive : to indulge too much especially : to have or do too much of something that one enjoys or desires … probably enjoyed drinking and likely overindulged on occasion … — Corey Andrews Other studies are shedding light not just on why modern humans occasionally eat too much, but why, when we do overindulge, we often choose foods that aren't the best for us. — Paul Raeburn Doctors who know better still overindulge in sweets … — Nick Romeo Occasionally … overindulges in long reminiscences of sports and school days … — Helen Benedict

First Known Use of overindulge

The first known use of overindulge was in 1851 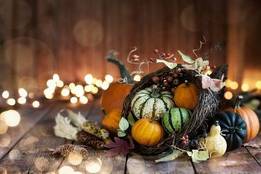 More from Merriam-Webster on overindulge

Thesaurus: All synonyms and antonyms for overindulge