baseball
: to hit more home runs than
The Mets outhomered the Yankees 8-2 in the four-game series, connecting twice each day.—

Recent Examples on the Web On pace to get outhomered at Coors Field for the first time since the franchise-worst 98-loss season of 2012, Boston blasted four homers — including a pair by shortstop Xander Bogaerts — in a 7-4 defeat of Colorado on Wednesday night. —

Mike Digiovanna, latimes.com, 19 Apr. 2018 By themselves, Ruth and Gehrig outhomered every other major league team except the Giants, who barely surpassed that duo with 109. —

USA TODAY, 24 Oct. 2017 During the streak, the Indians have outhomered opponents 39-11—that’s nearly two per game compared to one every other game. —

Peter Schmuck, baltimoresun.com, 20 Aug. 2017 Los Angeles crushed the Mets like refuse in a trash compactor, outscoring them 57-15 over seven games and outhomering them 25-11. —

These example sentences are selected automatically from various online news sources to reflect current usage of the word 'outhomer.' Views expressed in the examples do not represent the opinion of Merriam-Webster or its editors. Send us feedback. 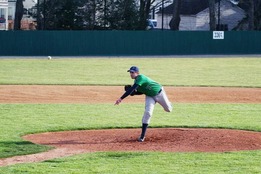