1 : a deep and wide trench around the rampart of a fortified place (such as a castle) that is usually filled with water The moat can be crossed by a drawbridge.
2 : a channel resembling a moat (as about a seamount or for confinement of animals in a zoo) A Bengal tiger stared at me from across the moat.

Other Words from moat

Examples of moat in a Sentence

Recent Examples on the Web The dastardly Sheriff of Nottingham plans to rally his troops in his fortress, protected by a large moat with only a single drawbridge. — Richard Malena, Popular Mechanics, 21 July 2022 Meanwhile, Apple can focus on other products that expand its moat. — Jacob Carpenter, Fortune, 8 Sep. 2022 Earning and owning this badge carries credibility that can keep the moat deep for many years. — Erik Oberholtzer, Rolling Stone, 18 Aug. 2022 Twenty million seeds representing 29 flower species have been planted in the moat around the tower, which has been a dry ditch since 1845. — Rachel Chang, Travel + Leisure, 31 May 2022 The Tower of London is planting a colorful field of millions of flowers, the first permanent transformation of its moat into a new natural landscape. — Jane Levere, CNN, 29 May 2022 Finally, another wide moat business investors could consider would be an actual manufacturer such as Taiwan Semiconductor. — Steven Dudash, Forbes, 25 Aug. 2022 There’s no moat besides scale, and multiple other companies have scale. — John Koetsier, Forbes, 3 Aug. 2022 The creek around [the property], it’s like a little moat. — Kathy Orton, Washington Post, 8 July 2022 See More

These example sentences are selected automatically from various online news sources to reflect current usage of the word 'moat.' Views expressed in the examples do not represent the opinion of Merriam-Webster or its editors. Send us feedback.

First Known Use of moat

History and Etymology for moat

The first known use of moat was in the 15th century 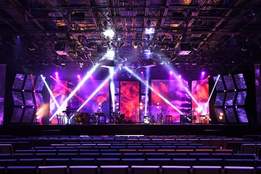 : a deep wide ditch around the walls of a castle or fort that is usually filled with water

More from Merriam-Webster on moat

Thesaurus: All synonyms and antonyms for moat