Definition of meter (Entry 2 of 6)

: one that measures especially : an official measurer of commodities

Definition of meter (Entry 3 of 6)

: the base unit of length in the International System of Units that is equal to the distance traveled by light in a vacuum in ¹/₂₉₉,₇₉₂,₄₅₈ second or to about 39.37 inches — see Metric System Table

Definition of meter (Entry 4 of 6)

1 : an instrument for measuring and sometimes recording the time or amount of something a parking meter a gas meter
2 : postage meter also : a marking printed by a postage meter

Definition of meter (Entry 5 of 6)

1 : to measure by means of a meter
2 : to supply in a measured or regulated amount
3 : to print postal indicia on by means of a postage meter

: instrument or means for measuring barometer

Meter is a metric measurement slightly longer than a yard; thus, a 100-meter dash might take you a second longer than a 100-yard dash. But the word has a different sense in music, where people aren't separated by whether they use the metric system. For a musician, the meter is the regular background rhythm, expressed by the "time signature" written at the beginning of a piece or section: 2/2, 2/4, 3/8, 4/4, 6/8, etc. Within a meter, you can create rhythms that range from the simple to the complex. So, for example, "America the Beautiful" is in 4/4 meter (or "4/4 time"), but so are most of the rhythmically complex songs written by Paul Simon, Burt Bacharach, or Stevie Wonder. In ordinary conversation, though, most people use "rhythm" to include meter and everything that's built on top of it. In poetry, meter has much the same meaning; however, poetic meters aren't named with numbers but instead with traditional Greek and Latin terms such as iambic and dactylic.

First Known Use of meter

History and Etymology for meter

The first known use of meter was before the 12th century 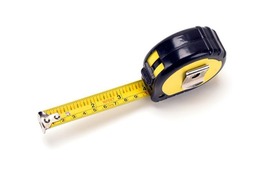 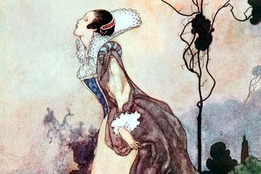 Thirteen Ways of Looking at a Poem

Thirteen Ways of Looking at a Poem

: device used to measure something

1 : a planned rhythm in poetry that is usually repeated
2 : the repeated pattern of musical beats in a measure

Kids Definition of meter (Entry 2 of 4)

: a measure of length on which the metric system is based and which is equal to about 39.37 inches

Kids Definition of meter (Entry 3 of 4)

: an instrument for measuring and sometimes recording the amount of something a gas meter

Medical Definition of meter (Entry 2 of 2)

Thesaurus: All synonyms and antonyms for meter

What made you want to look up meter? Please tell us where you read or heard it (including the quote, if possible).