1
a
: a number or percentage equaling more than half of a total
a majority of voters
a two-thirds majority
b
: the excess of a majority over the remainder of the total : margin
won by a majority of 10 votes
c
: the greater quantity or share
the majority of the time
2
a
: the age at which full civil rights are accorded
The age of majority in the U.S. is 18.
b
: the status of one who has attained this age
graduated … before he had attained his majority—

W. L. Burrage
3
: the group or political party having the greater number of votes (as in a legislature)
4
: the military office, rank, or commission of a major
majorities and colonelcies were thick as June blackberries—

Dixon Wecter
5
obsolete : the quality or state of being greater
majority adjective

A clear majority of the voters support the policy. The Republicans are currently the majority in the Senate.
Recent Examples on the Web The study describes how, in accounting and many other business settings, the majority of the senior professionals that can serve as mentors are male. —

Joseph Brazel, Forbes, 6 Feb. 2023 The majority of outages were in Travis County, which includes Austin. —

Jordan Mendoza, USA TODAY, 6 Feb. 2023 The majority of sleeping bags can be spot-cleaned and hand-washed, though a bag’s bulkiness can make the latter a challenging task. —

Saryn Chorney, Travel + Leisure, 6 Feb. 2023 But the vast majority of people who are in law enforcement are good people. —

CBS News, 5 Feb. 2023 The majority of those will be from SpaceX, but United Launch Alliance has several missions slated including the first launch of its new Vulcan Centaur rocket that arrived to Florida in January. —

Richard Tribou, Orlando Sentinel, 5 Feb. 2023 The approximate number of war casualties is estimated at tens of thousands of people, the majority being Mexican soldiers and civilians. —

Jose R. Gonzalez, The Arizona Republic, 4 Feb. 2023 Still, with more than 40,000 buyer ratings—the majority of which are overwhelmingly positive—this is still a great buy, especially for kid’s rooms or as an extra smart lamp to add to your existing smart home setup. —

Mike Richard, Men's Health, 3 Feb. 2023 The majority of the population in the province is ethnic Baluch, a predominantly Sunni minority that has faced neglect and discrimination for decades at the hands of Tehran’s theocratic Shiite government. —

These example sentences are selected automatically from various online news sources to reflect current usage of the word 'majority.' Views expressed in the examples do not represent the opinion of Merriam-Webster or its editors. Send us feedback. 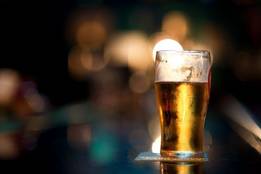 -ˈjär-
plural majorities
1
a
: the age at which one is given full civil rights
b
: the status of one who has reached this age
2
a
: a number or percentage greater than half of a total
b
: the amount by which such a number exceeds the smaller number
won by a majority of seven
3
: the group or party that makes up the greater part of a whole body of persons
the majority in the senate
4
: the military office or rank of a major

plural majorities
1
a
: legal age
b
: the status of one who has reached legal age
2
a
: a number or quantity greater than half of a total compare plurality
b
: the excess of a majority over the remainder of the total
3
a
: the group or political party whose votes predominate
b
: the judges voting in a particular case who together determine the prevailing decision see also majority opinion at opinion compare dissent sense 3
majority adjective

More from Merriam-Webster on majority