1
: the quality or state of being liberal
2
a
often capitalized : a movement in modern Protestantism emphasizing intellectual liberty and the spiritual and ethical content of Christianity
b
: a theory in economics emphasizing individual freedom from restraint and usually based on free competition, the self-regulating market, and the gold standard (see gold standard sense 1)
c
: a political philosophy based on belief in progress, the essential goodness of the human race, and the autonomy (see autonomy sense 2) of the individual and standing for the protection of political and civil liberties
specifically : such a philosophy that considers government as a crucial instrument for amelioration of social inequities (such as those involving race, gender, or class)
d
capitalized : the principles and policies of a Liberal (see liberal entry 1 sense 6b) party
liberalist
ˈli-b(ə-)rə-list

liberalism had always claimed to stand for the greatest social good
Recent Examples on the Web There’s a recurring tendency of American liberalism, for better and for worse, to internationalize its own causes with lofty language and universal values.

George Packer, The Atlantic, 2 Nov. 2022 The painfully inarticulate pol who delivered some of the most eloquent paeans to liberalism in memory.

Jackie Calmes, BostonGlobe.com, 20 Oct. 2022 Secret City emphasizes not how discrimination against gay and lesbian people has undermined American claims to equality and justice but rather how the country’s eventual embrace of LGBTQ rights is proof of the success of American liberalism.

Samuel Clowes Huneke, The New Republic, 8 June 2022 Judged by the standards of American liberalism, many of Orbán's policies are odious, and his public rhetoric even worse.

Damon Linker, The Week, 5 Apr. 2022 His life serves as a lens through which to look at liberalism.

Time, 29 Oct. 2022 Steinbeck held to an idealistic liberalism that was formed in part in the 1930s by Franklin Roosevelt and the New Deal, deepened by the Allied victory over Nazi Germany in World War II and eventually tested by the Vietnam War.

Hillel Italie, ajc, 28 Oct. 2022 Steinbeck held to an idealistic liberalism that was formed in part in the 1930s by Franklin Roosevelt and the New Deal, deepened by the Allied victory over Nazi Germany in World War II and eventually tested by the Vietnam War.

Hillel Italie, Chicago Tribune, 28 Oct. 2022 Ted Kennedy’s career certainly straddled the high tide of postwar liberalism and the resurgent conservatism of the balance of the century.

These example sentences are selected automatically from various online news sources to reflect current usage of the word 'liberalism.' Views expressed in the examples do not represent the opinion of Merriam-Webster or its editors. Send us feedback. 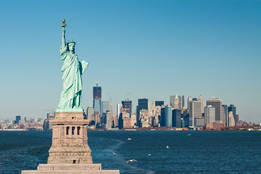 : a political belief stressing progress, the essential goodness of humankind, and individual freedom

More from Merriam-Webster on liberalism