ki-ˈbäsh
: something that serves as a check or stop —usually used in the phrase put the kibosh on
Inevitably, though, another recession will come putting the kibosh on job and income growth …

The Mysterious Origins of Kibosh

Evidence of kibosh dates the word to only a few years before Charles Dickens used it in an 1836 sketch, but despite kibosh being relatively young in English its source is elusive. Claims were once made that it was Yiddish, despite the absence of a plausible Yiddish source. Another hypothesis pointed to Irish caidhp bhais, literally, coif (or cap) of death, explained as headgear a judge put on when pronouncing a death sentence, or as a covering pulled over the face of a corpse when a coffin was closed. But evidence for any metaphorical use of this phrase in Irish is lacking, and kibosh is not recorded in English as spoken in Ireland until decades after Dickens' use. More recent source theories include a heraldic term for an animal’s head when born with only its face fully showing, and an Arabic word meaning “whip, lash,” but as the note at our etymology explains, no theory has sufficient evidence to back it.

Recent Examples on the Web That puts the kibosh on those articles dissing the hobby.

oregonlive, 22 Mar. 2022 There’s no putting unnecessary pressure on a romantic relationship, or having some random off Gumtree put the kibosh on your Love Island viewing schedule and passion for decorative throw pillows.

Erin Donnelly, refinery29.com, 17 Feb. 2022 Stiles and Williams began talking about the film in December, 2019, but in March of the following year the pandemic hit New York City, seemingly putting a kibosh on their production.

The New Yorker, 10 Feb. 2022 Even with Covid-19 putting the kibosh on travel — or perhaps even because of it — our study found that the demand for international opportunities has increased.

Shawn Farshchi, Forbes, 9 Dec. 2021 There was hope two years ago that Wan’s blockbusters and popular horror hits would help make Malignant into a breakout original, essentially cementing him as a marquee director at least for horror, but Covid arguably put the kibosh on that.

Scott Mendelson, Forbes, 11 Sep. 2021 The deal ultimately fell apart when Texas politicians and other industry power players got involved in keeping the Big 12 together and putting the kibosh on Scott’s grand plan.

John Talty | Jtalty@al.com, al, 29 July 2021 Many fans and detractors have assumed that Tesla will eventually offer the Model S with a traditional wheel, but Musk recently put the kibosh on that with a terse tweet to an online query.

These example sentences are selected automatically from various online news sources to reflect current usage of the word 'kibosh.' Views expressed in the examples do not represent the opinion of Merriam-Webster or its editors. Send us feedback.

Note: A number of etymologies are summarized by Anatoly Liberman in online postings to the OUPblog maintained by Oxford University Press ("Unable to put the kibosh on a hard word," May 19, 2010; "Monthly gleanings," July 28, 2010; "Three recent theories of 'kibosh'," August 14, 2013; "Etymology gleanings," November 29, 2017). The recent theories to which he alludes see the following as sources for kibosh: the heraldic term caboched, caboshed "(of an animal's head) borne full-face without the neck showing"; kibosh as a term for an iron bar used by clogmakers in the north of England (apparently first attested in 1860); Arabic kurbāj, kirbāj "whip, lash" and its source, Turkish kırbaç. The latter hypothesis is argued at length in a monograph by Gerald Cohen, Stephen Goranson and Matthew Little, Origin of Kibosh (Routledge, 2017), which also summarizes recently found antedatings to citations of the word in the Oxford English Dictionary (dating the word with certainty to 1834, and perhaps to 1830). Pace the authors' enthusiasm, the Arabic/Turkish origin is questionable: if Charles Dickens' 1835 recording of the word as "kye-bosh" accurately reflects the vowel and accent of the first syllable (according with the current pronunciation), the phonetic gap between the source and the English word is difficult to bridge; and the authors suggest no mechanism by which an assumed loanword from the eastern Mediterranean could have found its way into the speech of lower London social strata. Liberman may well be correct that "with the present evidence at our disposal, the chance of unearthing the origin of kibosh is vanishingly small."

1830, in the meaning defined above 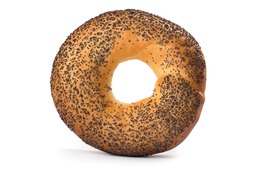 : end entry 1 sense 2a, stop —used in the phrase put the kibosh on

More from Merriam-Webster on kibosh

Thesaurus: All synonyms and antonyms for kibosh