Don't Be Afraid to Learn About Intrepid

You need not be afraid to find out the origins of this word, although its history does include fear. Intrepid derives from the Latin word intrepidus, itself formed by the combination of the prefix in- (meaning "not") and trepidus, meaning "alarmed." Other relatives of trepidus in English include trepidation and trepidatious, as well as trepid (which actually predates intrepid and means "fearful"). Synonyms for intrepid include courageous, valiant, fearless, valorous, and simply brave. Intrepid aptly describes anyone—from explorers to reporters—who ventures bravely into unknown territory, though often you'll see the word loaded with irony, as in "an intrepid volunteer sampled the entries at the pie bake-off."

The heroes are intrepid small-business owners, investigative reporters, plaintiffs and their lawyers, and, of course, Nader himself and his grass-roots organizations.

Jonathan Chait, New York Times Book Review, 3 Feb. 2008 Author and explorer Dame Freya Stark was one of the most intrepid adventurers of all time. (T. E. Lawrence, no slouch in the travel department himself, called her "gallant" and "remarkable.")

Kimberly Robinson, Travel & Leisure, December 1999 Meanwhile, the intrepid Florentine traveler Marco Polo had been to China and brought back with him a noodle dish that became Italian pasta …

Scott Gilbertson, WIRED, 19 Aug. 2022 Our intrepid explorers receive a distress signal from fellow Starfleet ship the U.S.S. Constellation and rush to its aid.

Terry Ward, CNN, 18 Aug. 2022 The alphabet soup of race names references the tiny alpine villages in France, Italy, and Switzerland that surround Mont Blanc, or in the case of PTL, one very intrepid baker (see below).

Outside Online, 15 Aug. 2022 The four potty-mouthed blobs known as Stan, Kyle, Cartman, and Kenny are but the latest intrepid cartoon antiheroes to wrestle with the crises of youth.

Chris Norris, SPIN, 13 Aug. 2022 In that spirit, six members of the design community reflect on the intrepid legacy Miyake leaves behind.

These example sentences are selected automatically from various online news sources to reflect current usage of the word 'intrepid.' Views expressed in the examples do not represent the opinion of Merriam-Webster or its editors. Send us feedback.

Latin intrepidus, from in- + trepidus alarmed — more at trepidation

1680, in the meaning defined above 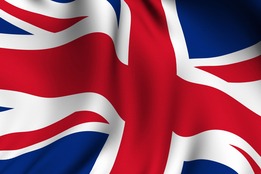 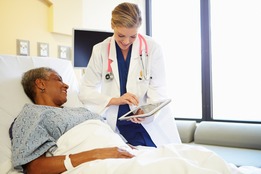 More from Merriam-Webster on intrepid