: a psychological condition that is characterized by persistent doubt concerning one's abilities or accomplishments accompanied by the fear of being exposed as a fraud despite evidence of one's ongoing success Plucked from semi-obscurity to replace Ann Landers, who died in 2002, Amy Dickinson suffered bouts of imposter syndrome: Who was she to give advice to the millions who read Landers' syndicated column?— Kim Hubbard Former US first lady Michelle Obama on Thursday urged girls to resist the "impostor syndrome" she had felt on the way up and fight men for power, saying plenty of them didn't deserve it.— Lih Yi Beh

First Known Use of impostor syndrome

1982, in the meaning defined above

The first known use of impostor syndrome was in 1982 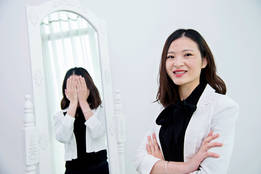 Where Does 'Impostor Syndrome' Come...