: the skills, knowledge, and qualifications of a person, group, or workforce considered as economic assets Nothing is more important to a company, nation, or individual than intelligence. It is the fundamental key to problem-solving and wealth creation, and underpins the human capital that drives every company and nation forward.— Peter H. Diamandis In fact, the evidence suggests that public investments in human capital, including higher education, yield long-term economic rates of return that far exceed most standard investments in technology or capital.— Edward L. Glaeser All of this coincided with the emergence in academe of the idea of "human capital": the notion that the more skilled the work force, the more productive it tends to be.— Denis P. Doyle et al.

First Known Use of human capital

The first known use of human capital was in 1799 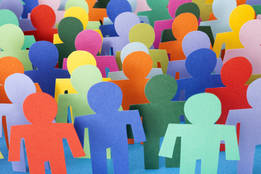 'Human Capital': More Than the Sum of...