: very large or extensive: such as
a
: of great size or area
huge buildings
b
: great in scale or degree
a huge deficit
a huge undertaking
They're having a huge sale tomorrow.
The crowds were huge.
Your help made a huge difference.
c
: great in scope or character
a dancer of huge talent
hugely adverb
hugeness noun

Choose the Right Synonym for huge

enormous and immense both suggest an exceeding of all ordinary bounds in size or amount or degree, but enormous often adds an implication of abnormality or monstrousness.

huge commonly suggests an immensity of bulk or amount.

gigantic stresses the contrast with the size of others of the same kind.

colossal applies especially to a human creation of stupendous or incredible dimensions.

mammoth suggests both hugeness and ponderousness of bulk.

Renovating the house is a huge undertaking. The store is having a huge sale tomorrow.
Recent Examples on the Web The Sooners are well-represented on both sides with several players set to play a huge part in deciding the Super Bowl. —

Los Angeles Times, 31 Jan. 2023 With modern farming practices ever more reliant on electricity for crop irrigation, processing, and storage, loadshedding is having a huge impact on agricultural output. —

Rebecca Trenner, CNN, 31 Jan. 2023 Meanwhile, San Diego’s spectacular Mormon Temple, with its golden Angel Moroni atop a spire visible from Interstate 5 near La Jolla, is not for public use, yet has huge public impact. —

Dirk Sutro, San Diego Union-Tribune, 29 Jan. 2023 Adding another above average center in terms of defensive rebounding made a huge impact for the Knicks. —

Tom Rende, Forbes, 27 Jan. 2023 The Supreme Court is already slated to imminently consider two cases that could have a huge impact on internet moderation. —

Adi Robertson, The Verge, 23 Jan. 2023 Changes in their mortality rate in their first year have a huge impact. —

Lauren Oster, Smithsonian Magazine, 20 Jan. 2023 The homey universe of Ninfa's Houston has had a huge impact on food culture in and far beyond H-Town. —

These example sentences are selected automatically from various online news sources to reflect current usage of the word 'huge.' Views expressed in the examples do not represent the opinion of Merriam-Webster or its editors. Send us feedback. 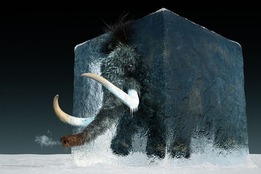 ˈyüj
1
: of great size or area
2
: of great scale or degree
3
: great in range or character
hugely adverb
hugeness noun

More from Merriam-Webster on huge