ˌgyü-,
ˌgu̇-,
-bə-
: of or relating to a governor
the gubernatorial election

Recent Examples on the Web DeSantis has so far dodged questions on his possible Washington aspirations, skirting the subject repeatedly during his only gubernatorial debate with Crist in late October. —

James Pindell, BostonGlobe.com, 7 Nov. 2022 During the only Texas gubernatorial debate in September, Abbott brought up a perplexing figure—$25 billion in mental health care spending—in response to the Uvalde shooting. —

Emma Hinchliffe, Fortune, 1 Nov. 2022 Georgia midterm gubernatorial debate: With just a week to go before Election Day, Georgia Gov. Brian Kemp will face off against Stacey Abrams – who is seeking to oust him from office – in their second and final debate. —

Editors, USA TODAY, 30 Oct. 2022 On another front, Newsom was strong enough to set up the pathetic excuse for the campaign’s only gubernatorial debate. —

Morgan Krakow, Anchorage Daily News, 21 Oct. 2022 In other news from the trail, the gubernatorial debate initially planned for Wednesday has been postponed until Oct. 24 because of the recent hurricane. —

These example sentences are selected automatically from various online news sources to reflect current usage of the word 'gubernatorial.' Views expressed in the examples do not represent the opinion of Merriam-Webster or its editors. Send us feedback.

1734, in the meaning defined above 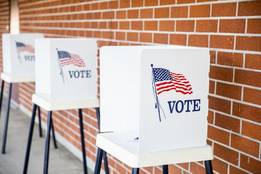 The words that defined the week of November 9th, 2018

More from Merriam-Webster on gubernatorial