US slang
: disgusting, revolting … the miniseries is especially good at depicting the often grody shipboard atmosphere, with decks awash in whale blood and blubber.— Matt Roush, TV Guide, 7 Mar. 1998 He [Frank Zappa] wrote something not too long ago called "Valley Girls" (his teen-aged daughter, whose name is something like Moon Child, is one of the singers). It highlighted a teen-age subculture in California with the result that it has spread east and transformed the vocabularies of my daughter and her friends. Now, I'm told, thanks in large part to Zappa, Jennifer's conversation is littered with things like "grody to the max" and "geek."— Don Nunes, Washington Post, 23 Mar. 1983

First Known Use of grody

circa 1965, in the meaning defined above

The first known use of grody was circa 1965 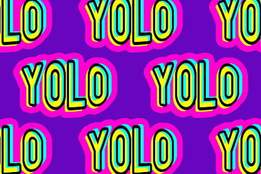 Slang Through The Ages

Slang Through The Ages