1
: a chisel or pointed iron or steel bar for loosening ore or rock
2
chiefly dialectal : a long stick

: to be on the go without a specific aim or purpose —usually used with about

—used as a mild oath

: a son of Jacob and the traditional eponymous ancestor of one of the tribes of Israel
Gadite
ˈga-ˌdīt

Recent Examples on the Web
Verb
Did Nordo’s screechingly daffy ex-wife (Opal Peachey), gadding about with an imaginary Chihuahua on a leash, off him with a butcher knife?

These example sentences are selected automatically from various online news sources to reflect current usage of the word 'gad.' Views expressed in the examples do not represent the opinion of Merriam-Webster or its editors. Send us feedback.

1608, in the meaning defined above 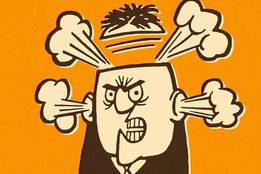 gadded; gadding
: to be on the go without specific purpose —usually used with about
gadding about the city

—used as a mild oath

More from Merriam-Webster on gad