1
: to put in final or finished form
soon my conclusion will be finalized

D. D. Eisenhower
2
: to give final approval to
finalizing the papers prepared … by his staff

Finalize has been frequently castigated as an unnecessary neologism or as U.S. government gobbledygook. It appears to have first gained currency in Australia (where it has been acceptable all along) in the early 1920s. The U.S. Navy picked it up in the late 20s, and from there it came into widespread use. It is a standard formation (see -ize). Currently, it is most frequently used in government and business dealings; it usually is not found in belles-lettres.

They are finalizing their divorce this week. We bought our tickets and finalized our vacation plans.
Recent Examples on the Web But total vote counts don’t finalize until Nov. 29, and there are still over 10,000 mail-in ballots to process.

Alice Yin, Chicago Tribune, 18 Nov. 2022 In the penultimate episode of season 5, Prince Charles and Princess Diana finalize their divorce amid estrangement and embarrassment on both sides.

Janine Henni, Peoplemag, 9 Nov. 2022 On the first day of the summit on Sunday, countries will finalize that agenda, which is sure to be contentious.

Renuka Rayasam, CBS News, 21 Oct. 2022 The proportion is also higher among candidates for Congress, which holds the power to finalize - or contest - the electoral college count every four years.

Amy Gardner, Anchorage Daily News, 8 Oct. 2022 The department will finalize its choice and issue a record of decision this winter, according to its website.

Jacob Scholl, The Salt Lake Tribune, 31 Aug. 2022 Along with a second L.A. show Saturday and a stop in Seattle later this month, the group will finalize their reunion tour with a massive show at Estadio Azteca in Mexico City.

Tomás Mier, Rolling Stone, 19 Aug. 2022 In a delay, however, the party won't finalize its next presidential nominating calendar until the midterm elections are complete.

These example sentences are selected automatically from various online news sources to reflect current usage of the word 'finalize.' Views expressed in the examples do not represent the opinion of Merriam-Webster or its editors. Send us feedback. 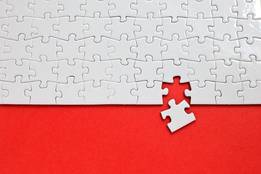 The Last Word on 'Finalize'

All good pet peeves must come to an end 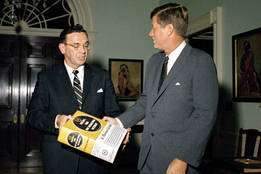 A New Dictionary for a New President

finalized; finalizing
: to put in final or finished form

More from Merriam-Webster on finalize