History and Etymology for fastnacht

A Guide to Words You'll Hear Around... 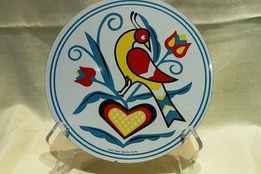 Don't be a 'snallygaster'