1
: in a celebrated manner
2
: in a superlative fashion
3
: to an unusual degree : very

The executive famously insisted on riding the bus to work every day.
Recent Examples on the Web Los Angeles is famously a Lululemon town, but Russell won’t submit. —

Harper's BAZAAR, 19 Jan. 2023 Rose, 65, has seen success in the country music world, and most famously was an early collaborator of Taylor Swift. —

Rachel Desantis, Peoplemag, 18 Jan. 2023 Soon after, Karamanlis famously said the nation had rid itself of a cancerous growth. —

Demetris Nellas, BostonGlobe.com, 10 Jan. 2023 Nuance is needed here, for Pelé was famously — some would say infamously — agnostic regarding the great struggles of the day. —

Jordan Crucchiola, WIRED, 29 Dec. 2022 The Grammys have been famously out of touch about recognizing the heavier side of rock music, which is why the two nominations for IDLES seem so significant. —

Jonathan Cohen, SPIN, 14 Dec. 2022 Leads in Bengals-Chiefs games famously never were a sure thing, but the quick start Sunday was a promising sign for the Bengals’ offense. —

Andrew Gillis, cleveland, 4 Dec. 2022 His parents’ divorce is famously the inspiration behind E.T. —

These example sentences are selected automatically from various online news sources to reflect current usage of the word 'famously.' Views expressed in the examples do not represent the opinion of Merriam-Webster or its editors. Send us feedback. 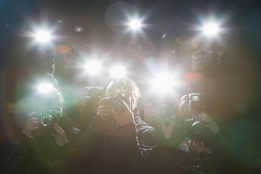 The prefix is not your friend

adverb
fa·​mous·​ly
ˈfā-məs-lē
: in a splendid or excellent manner
got along famously together

More from Merriam-Webster on famously