: one who organizes, manages, and assumes the risks of a business or enterprise
entrepreneurship
ˌän-trə-p(r)ə-ˈnər-ˌship
-ˈn(y)u̇r-

The Characteristics of an Entrepreneur

You might well wonder whether entrepreneur simply means “a person who starts a business and is willing to risk loss in order to make money” or whether it carries an additional connotation of far-sightedness and innovation. The answer, perhaps unsatisfyingly, is that it can go in either direction.

Entrepreneur has been used in English to refer to a kind of businessman since at least the middle of the 18th century, when it appeared in translation of the King of Prussia’s instructions for his generals (“. . . if the country happens not to abound in forage, you must agree with some Entrepreneur for the quantity required.”). During the 19th century, it was also used of a go-between or a person who undertakes any kind of activity (as opposed to just a business).

By the early 20th century entrepreneur appears to have taken on the connotation of go-getter when applied to an independent business owner, a quality that may also be found in the phrase entrepreneurial spirit, which began being used at about the same time.

Recent Examples on the Web As an entrepreneur, Brad's owned several bars in the Austin, Texas area. —

Janaya Wecker, Women's Health, 26 Jan. 2023 Be passionate about your profession as an entrepreneur. —

Rosa Sanchez, Harper's BAZAAR, 25 Jan. 2023 Catalina had also returned to university a little later in life, switching in her late 20s from a career as an entrepreneur to working in education. —

Patrick Smith, NBC News, 8 Dec. 2022 Jimmy Lai’s whole life—as a refugee, as an entrepreneur, as a champion of Chinese liberty—has been one long exercise in boldness. —

William Mcgurn, WSJ, 28 Nov. 2022 The entrepreneur shared her thoughts on having children. —

ELLE, 19 Jan. 2023 The news start-up, which has received a substantial investment from Sam Bankman-Fried, the founder of FTX, plans to buy out the entrepreneur’s ownership. —

These example sentences are selected automatically from various online news sources to reflect current usage of the word 'entrepreneur.' Views expressed in the examples do not represent the opinion of Merriam-Webster or its editors. Send us feedback.

1762, in the meaning defined above 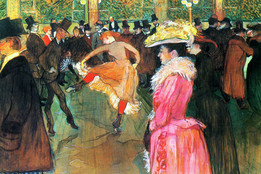 -ˈn(y)u̇r
: one who organizes, manages, and takes on the risks of a business or enterprise

More from Merriam-Webster on entrepreneur

Thesaurus: All synonyms and antonyms for entrepreneur