informal
: a physique regarded as typical of an average father especially : one that is slightly overweight and not extremely muscular "… I am not going to have a belly. I think I have too much ego to have a dad bod—even though I'm a dad. …" — Marlon Wayans If the proud owner of a dad bod were to write a guidebook on how to achieve this sought after physique—somewhat muscular, but with some extra flesh and a belly—what should it be titled? — TheWeek.com The "dad bod" became the hot new look. Even Hollywood latched onto the more attainable physique with actors sporting bodies that were not chiseled, not incredibly lean, and a little soft in the middle. — Abby Eden

First Known Use of dad bod 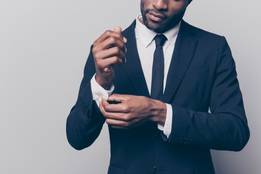 When he's so fine it makes you say 'zamn.'