1 : a feeling that someone or something is not worthy of any respect or approval He feels that wealthy people view/regard him with contempt because he is poor. He spoke with contempt in his voice. See More ExamplesShe has contempt for them. = She holds them in contempt. She has displayed a profound contempt for her opponents.Hide
2 : a lack of respect for or fear of something that is usually respected or feared They have acted with contempt for public safety. [=they have completely ignored public safety] He has a contempt for danger. [=he ignores danger; he is not afraid of doing things that other people are afraid to do]
3 law : speech or behavior that does not show proper respect to a court or judge She was arrested for contempt of court. He was held in contempt [=considered by the court to have broken the law by disobeying or disrespecting the judge] for his outbursts during the trial.

1a : the act of despising : the state of mind of one who despises : disdain glared at him in contempt
b : lack of respect or reverence for something acting with contempt for public safety
2 : the state of being despised
3 : willful disobedience to or open disrespect of a court, judge, or legislative body contempt of court
Synonyms & Antonyms Frequently Asked Questions About contempt More Example Sentences Learn More About contempt

What does 'in contempt' mean?

A person may be held in contempt in a number of ways. The legal sense may be defined as "willful disobedience to or open disrespect of a court, judge, or legislative body." In a general sense if you hold someone in contempt it simply means that you despise or strongly disapprove of them.

Is the word contempt a verb?

Contempt is typically a noun: people feel contempt, for example, or they act with contempt. The word is, however, also a verb, but as a verb it is archaic, and may be viewed as a mistake. It is synonymous with the verb contemn, which, although somewhat obscure, is not archaic.

In many ways the words are synonymous; one may be said to have either disdain or contempt for a thing one scorns, without a significant change in meaning. Disdain more commonly functions as a verb (the verb sense of contempt is no longer in common use), so one would write "I disdained the offer" rather than "I contempted the offer." And contempt is found used in legal settings (in the phrase contempt of court, for instance), while disdain is not.

Examples of contempt in a Sentence

There, in the tall grass and the jungle, many would fall and the rest would return home to endure the sullen contempt of their fellow citizens, all to no purpose. — A. J. Bacevich, Commonweal, 12 Sept. 1997 I even read a mild contempt into this first-name business, comparable to the old habit of calling men Mac, Ace, Chief, or Buddy, or calling women Honey, Sweetie, or Doll. — Aristides, American Scholar, Summer 1996 The same contempt for the poor that suggests kids are better off in orphanages will mobilize resistance to the orphanages themselves. — Katha Pollitt, Nation, 12 Dec. 1994 … they looked with contempt at the bloodless gray arthritic hands of the old woman … — Alice Walker, In Love & Trouble, 1973 He feels that wealthy people view him with contempt because he is poor. He spoke with contempt in his voice. She has displayed a profound contempt for her opponents. She was arrested for contempt of court.
See More

These example sentences are selected automatically from various online news sources to reflect current usage of the word 'contempt.' Views expressed in the examples do not represent the opinion of Merriam-Webster or its editors. Send us feedback.

First Known Use of contempt

History and Etymology for contempt

The first known use of contempt was in the 14th century 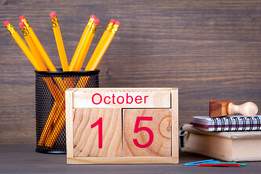 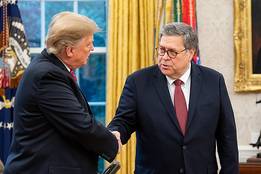 Trending: Barr 'Held in Contempt' of...

1 : a feeling of disrespect or disapproval of something or someone It amused him that she pretended such contempt for him and yet condescended to show off …— Esther Forbes, Johnny Tremain
2 : the state of being despised He holds them in contempt.
3 : lack of proper respect for a judge or court He was fined for contempt of court.

1 : willful disobedience or open disrespect of the orders, authority, or dignity of a court or judge acting in a judicial capacity by disruptive language or conduct or by failure to obey the court's orders also : the offense of contempt

— civil contempt
: contempt that consists of disobedience to a court order in favor of the opposing party

Note: The sanctions for civil contempt end upon compliance with the order.

— constructive contempt
: indirect contempt in this entry
— criminal contempt
: contempt consisting of conduct that disrupts or opposes the proceedings or power of the court

Note: The sanctions for criminal contempt are designed to punish as well as to coerce compliance.

— direct contempt
: contempt committed in the presence of the court or in a location close enough to disrupt the court's proceedings
— indirect contempt
: contempt (as disobedience of a court order) that occurs outside of the presence of the court
2 : willful disobedience to a lawful order of or willful obstruction of a legislative body in the course of exercising its powers contempt of Congress
in contempt
: in the state of having been found guilty of contempt refused to testify and were held in contempt— A. M. Dershowitz

More from Merriam-Webster on contempt