1
: a high officer of a royal court or noble household especially in the Middle Ages
2
: the warden or governor of a royal castle or a fortified town
3
a
: a public officer usually of a town or township responsible for keeping the peace and for minor judicial duties
b
chiefly British : police officer
especially : one ranking below sergeant

reported the crime to the local constable
Recent Examples on the Web His time as a constable for the past decade is equally as red-marked. —

Joseph Darius Jaafari, The Arizona Republic, 14 Dec. 2022 The other first-time victors were Henry Curry, a new constable, and Adam Swartz, a justice of the peace. —

Dallas News, 1 Jan. 2023 The chief constable of Greater Manchester has done a great job on that. —

Ellie Willard, The Arizona Republic, 25 Sep. 2022 The unnamed deputy constable, who has over three decades of experience and no history of infractions, has been suspended indefinitely without pay while an internal investigation proceeds, Nola.com reported. —

CBS News, 26 Aug. 2022 An Arizona constable was shot to death, along with three others, while serving an eviction notice at an apartment complex Thursday, authorities said. —

Tristan Balagtas, Peoplemag, 26 Aug. 2022 Authorities have confirmed the death of an off-duty deputy constable who was fatally shot on his drive home after picking up dinner for his family. —

These example sentences are selected automatically from various online news sources to reflect current usage of the word 'constable.' Views expressed in the examples do not represent the opinion of Merriam-Webster or its editors. Send us feedback. 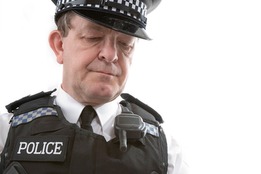 1
: a high officer of a royal court or noble household in the Middle Ages
2
: the person in charge of a royal castle or a town
3
: a police officer usually of a village or small town

: a public officer usually of a town or township responsible for keeping the peace and for minor judicial duties

History and Etymology for constable

More from Merriam-Webster on constable