coin of the realm

1
: the legal money of a country
2
: something valued or used as if it were money in a particular sphere
information is the coin of the realm in the capital—

Coin of the realm gained currency in the English language during the 18th century as a term for the legal money of a country. Coin is ultimately from Latin cuneus, meaning "wedge," and entered English, via Anglo-French, in the 14th century with the meaning "cornerstone" or "quoin." By the latter part of that century, the word was being exchanged as a name for a device or impress stamped on flat pieces of metal used as money and, by extension, for the money itself. Realm entered English in the 13th century with the meaning "kingdom." Its spelling is an alteration of Old French reiame, which is based on the Latin word for "rule" or "government," regimen. In time, realm was generalized as the name for any sphere or domain, and coin of the realm came to signify something having value or influence in a particular sphere.

Articles Related to coin of the realm 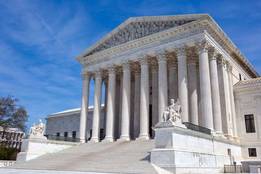 The words that defined the week of September 7th, 2018

Dictionary Entries Near coin of the realm

coin of the realm