: the closing or limitation of debate in a legislative body especially by calling for a vote

Definition of cloture (Entry 2 of 2)

: to close (debate) in a legislative body by cloture Debate over the bill was short Tuesday evening. After an initial debate Tuesday afternoon, Senate Republicans clotured debate when the bill returned later in the day.— Brian Lyman

Examples of cloture in a Sentence

These example sentences are selected automatically from various online news sources to reflect current usage of the word 'cloture.' Views expressed in the examples do not represent the opinion of Merriam-Webster or its editors. Send us feedback.

First Known Use of cloture

1871, in the meaning defined above

1886, in the meaning defined above

History and Etymology for cloture

The first known use of cloture was in 1871 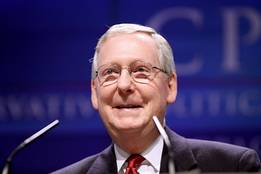 : the closing or limitation of debate in a legislative body especially by calling for a vote

Other Words from cloture

History and Etymology for cloture

More from Merriam-Webster on cloture