: of or relating to the underworld : infernal
chthonic deities

Chthonic might seem a lofty and learned word, but it's actually pretty down-to-earth in its origin and meaning. It comes from chthōn, which means "earth" in Greek, and it is associated with things that dwell in or under the earth. It is most commonly used in discussions of mythology, particularly underworld mythology. Hades and Persephone, who reign over the underworld in Greek mythology, might be called "chthonic deities," for example. Chthonic has broader applications, too. It can be used to describe something that resembles a mythological underworld (e.g., "chthonic darkness"), and it is sometimes used to describe earthly or natural things (as opposed to those that are elevated or celestial).

Recent Examples on the Web As his batty 2021 essay made clear, Mr. Putin is possessed by a chthonic belief that Ukraine is part of a holy and indivisible union with Russia.

Shelly Tan, Washington Post, 25 Feb. 2021 The poem enacts a sinking, sucking, center-of-the-Earth draw into the chthonic mulch: ancestral cruelty, the unconscious, the self, the roots of words, whatever’s down there.

James Parker, The Atlantic, 20 June 2020 Together they are portrayed as chthonic ringmasters, the Steve Lawrence and Eydie Gormé of contemptuous partisanship and thoroughgoing bad faith.

Dwight Garner, New York Times, 23 Mar. 2020 Some chthonic texts written during the early-to-mid aughts characterize Tumblr as a portal to the underworld.

These example sentences are selected automatically from various online news sources to reflect current usage of the word 'chthonic.' Views expressed in the examples do not represent the opinion of Merriam-Webster or its editors. Send us feedback.

1882, in the meaning defined above 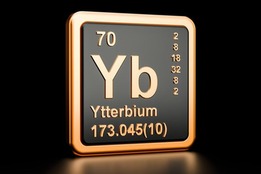 Get your pencil ready

More from Merriam-Webster on chthonic

Thesaurus: All synonyms and antonyms for chthonic