: a chef who manages a professional kitchen … chefs need chefs de cuisine to run their kitchens, from hiring and firing to choosing between chives and chervil as the garnish for a new dish. And some do a great deal more than that.— Julia Moskin And the titles change with each restaurant. The top chef might be called an executive chef or chef de cuisine. The second in command might also be known as chef de cuisine (if there's an executive chef) …— Phil Vettel Tony Bilson, who has had a succession of artistically successful but financially rocky restaurants in Sydney, has his name on the door, but Manu Feildel, the young chef de cuisine from France, does the day-to-day cooking, and he is good.— Harvey Steiman — compare executive chef

1798, in the meaning defined above

borrowed from French, "head of the kitchen"

The first known use of chef de cuisine was in 1798 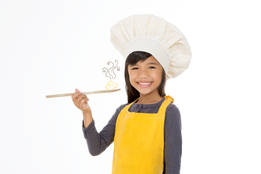 The word has a different meaning in French