: any of various scarab beetles (such as a cockchafer) that feed on leaves and flowers and whose larvae feed on plant roots 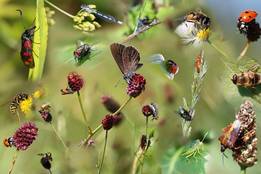 : any of various large beetles

More from Merriam-Webster on chafer