: to imagine the worst possible outcome of an action or event : to think about a situation or event as being a catastrophe or having a potentially catastrophic outcome It's easy to have one bad night of sleep and catastrophize that you'll never sleep well again.— Katherine Sharkey, quoted in Allure, June 2012 Our minds are constantly in the past or the future—we'll ruminate on what's too late to change or catastrophize about what hasn't happened yet.— Diana Winston, quoted in O, The Oprah Magazine, 1 Feb. 2013 This meal needed to be special. Special and kosher. With this in mind, I began to catastrophize: What if I screwed the whole thing up? What if I unknowingly broke a rule of kashrut, effectively tainting the whole meal and ruining the start to the holiday season?— Gabi Moskowitz, City Paper, 3 Oct. 2012 Learning not to catastrophize and to think more helpful and truthful thoughts can bring down stress …— Mary Jean Porter, Pueblo (Colorado) Chieftain, 13 Nov. 2012

First Known Use of catastrophize

1962, in the meaning defined above

The first known use of catastrophize was in 1962 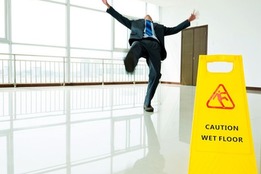 7 Words for Bad Endings and Rough...

When it doesn't go as planned