: the state of being a candidate
he is expected to announce his candidacy

He withdrew his candidacy after the scandal damaged his reputation.
Recent Examples on the Web At issue is the way Riseborough's candidacy was promoted for a movie which has so far grossed a little more than $27,000 at the box office. —

Jake Coyle, Fortune, 31 Jan. 2023 By the time registration for candidacy closed Friday at 5 p.m., 22 people had filed for the seven Assembly seats. —

Zachariah Hughes, Anchorage Daily News, 28 Jan. 2023 The attorney who filed the objection to Trunco’s candidacy is Daniel Kelley, who has represented current Library Board Treasurer Joe Makula in several legal skirmishes related to the library. —

Caroline Kubzansky, Chicago Tribune, 26 Jan. 2023 The European Union has made Ukraine’s candidacy to join the bloc — one of his important long-term goals — dependent on overhauls concerning the rule of law, justice and corruption. —

Wayne G. Mcdonnell, Jr., Forbes, 24 Jan. 2023 The subsequent years were a boom time for media, as Donald Trump’s candidacy and presidency and later the pandemic supercharged the news cycle. —

Elahe Izadi, Washington Post, 24 Jan. 2023 Democrats appear to also be on shaky ground in the state's 3rd Congressional District, which will be open due to Banks' Senate candidacy. —

These example sentences are selected automatically from various online news sources to reflect current usage of the word 'candidacy.' Views expressed in the examples do not represent the opinion of Merriam-Webster or its editors. Send us feedback.

1693, in the meaning defined above 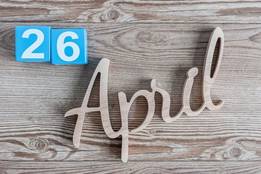 ˈkan-əd-
plural candidacies
: the state of being a candidate

More from Merriam-Webster on candidacy

Thesaurus: All synonyms and antonyms for candidacy