1
: causing one to breathe rapidly or with difficulty : making one out of breath
a breathtaking pain in her side
2
a
: exciting, thrilling
a breathtaking race
b
: very great : astonishing
his breathtaking ignorance
breathtakingly
ˈbreth-ˌtā-kiŋ-lē

Chelsey Sanchez, Harper's BAZAAR, 10 Jan. 2023 The absolute, most breathtaking astronomical event has to be a total solar eclipse. —

Dean Regas, The Enquirer, 19 Dec. 2022 The resulting data are interesting---but not nearly as breathtaking as these visuals. —

Lisa Raffensperger, Discover Magazine, 29 Oct. 2013 Experience pure, unadulterated luxury with beachside cabanas, poolside massages, and some of the most breathtaking views on the island. —

Claire Stern, ELLE, 13 Jan. 2023 This new photo of Europa isn’t as breathtaking as those seen from the James Webb space telescope, but that doesn’t change their scientific significance at all. —

Joshua Hawkins, BGR, 10 Oct. 2022 Apple TV Plus — one of the most breathtaking, masterful works of art to ever grace the small screen — are woefully and utterly incomplete. —

Chris Smith, BGR, 26 Dec. 2022 And that's the stealth beauty of this documentary (which, as with Cameron's previous underwater documentary, quite breathtaking). —

Chris Snellgrove, EW.com, 15 Dec. 2022 Then Stair meandered into the kitchen where a set of unremarkable pots—chipped finish and all—were not quite so breathtaking. —

These example sentences are selected automatically from various online news sources to reflect current usage of the word 'breathtaking.' Views expressed in the examples do not represent the opinion of Merriam-Webster or its editors. Send us feedback. 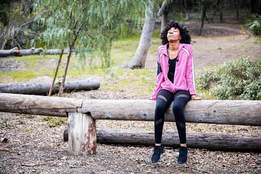 More from Merriam-Webster on breathtaking