1 : a device for arresting or preventing the motion of a mechanism usually by means of friction apply the brakes took his foot off the brake
2 : something used to slow down or stop movement or activity use interest rates as a brake on spending

Definition of brake (Entry 2 of 6)

1 : to operate or manage a brake especially : to apply the brake on a vehicle brake around the curves
2 : to become checked by a brake The train braked to a stop.

: to slow or stop by or as if by a brake (see brake entry 1) braking a tractor

Definition of brake (Entry 3 of 6)

Definition of brake (Entry 4 of 6)

1 : a toothed instrument or machine for separating out the fiber of flax or hemp by breaking up the woody parts
2 : a machine for bending, flanging, folding, and forming sheet metal

Definition of brake (Entry 5 of 6)

Definition of brake (Entry 6 of 6)

archaic past of break

Other Words from brake Synonyms & Antonyms Break and Brake: Remembering Which Is Which More Example Sentences Learn More about brake

Other Words from brake

Break and Brake: Remembering Which Is Which

It can be hard to apply these words correctly: they sound exactly the same, and their spellings aren't easily connected to their meanings. One of the pair, however, is quite limited in scope, and focusing on when to apply that one can be key.

When the subject is slowing or stopping movement, the word to use is brake. Brake is both a noun, as in "put on the brakes" and "took my foot off the brake," and a verb, as in "brake at the stop sign" and "I brake for moose." As a noun, it's also used before other nouns: "brake fluid," "brake pedal." As in these examples, the word is used in contexts relating to cars, bicycles, and other vehicles. It's also used figuratively, however, to talk about the slowing or stopping of activity, as in "putting the brakes on spending."

Break also functions as both a noun and a verb, and it's the word you want in all other contexts, such as when the topic is something separating into parts or pieces ("the plate will break if it falls," "break a leg," "a bad break"), being damaged to the point of no longer working ("break a watch"), failing to do what is promised ("break a promise"), or referring to a time during which activity stops ("take a break").

If you have difficulty keeping these straight and are inclined to think in pictures, you might want to imagine a foot nestled in the top of the k in brake, pressing that top line down onto the e, which isn't saying a thing, because the k has put the brakes on.

Examples of brake in a Sentence

Verb I had to brake suddenly when a cat ran in front of the car. braked the car sharply when someone pulled out in front of us

First Known Use of brake

1868, in the meaning defined at transitive sense

1562, in the meaning defined above

History and Etymology for brake

The first known use of brake was in the 14th century

a break in the weather

: to use the brake on a vehicle

: a device for slowing or stopping motion (as of a wheel) usually by friction

Kids Definition of brake (Entry 2 of 2)

: to slow or stop by using a brake I had to brake suddenly.

More from Merriam-Webster on brake

Thesaurus: All synonyms and antonyms for brake

What made you want to look up brake? Please tell us where you read or heard it (including the quote, if possible). 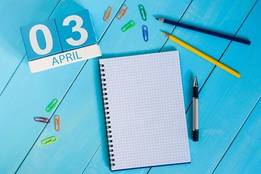