1
: of, possessing, or imparting beatitude
2
: having a blissful appearance
a beatific smile
beatifically
ˌbē-ə-ˈti-fi-k(ə-)lē

Beatific—which derives from Latin beatificus, meaning "making happy"—has graced the English language as a word describing things that impart consummate bliss since the 17th century. In theology, the phrase "beatific vision" gained meaning as an allusion to the direct sight of God enjoyed by the blessed in heaven. Today, the word more frequently describes a blissful look or appearance. A closely related word is beatitude, which can refer to a state of utmost bliss or to any of the declarations made by Jesus in the Sermon on the Mount.

Recent Examples on the Web There was little room for a beatific kid like Maivia, grinning come victory or loss.

Lauren Michele Jackson, The New Yorker, 29 Oct. 2022 The series is also a showcase for the affect that Richardson has become known for, an extra-beatific quality that verges on pathological but is never pathetic or cloying, even when the goofiness runs sweet.

The New Yorker, 29 May 2022 The vocals, meanwhile, are meticulously beatific, Sohn layering their voice into harmonies made up of all the right, rapturous notes.

Jon Blistein, Rolling Stone, 21 Sep. 2022 Galadriel, played by Cate Blanchett as a beatific and wise elf elder in the movies, is a (relatively) young woman and fierce warrior, played here by Morfydd Clark.

Alan Sepinwall, Rolling Stone, 31 Aug. 2022 Fans of Where the Crawdads Sing tend to admire its beatific descriptions of Kya’s world and ostensibly gripping narrative of a girl abandoned and disappointed by almost everyone in her life.

Lovia Gyarkye, The Hollywood Reporter, 12 July 2022 That’s where another apparition — of a beatific woman, surrounded by hazy, white light — convinces Stu to become a priest.

Andy Meek, BGR, 30 June 2022 Scenes from the film seem to recapture the beatific landscape of his youth.

These example sentences are selected automatically from various online news sources to reflect current usage of the word 'beatific.' Views expressed in the examples do not represent the opinion of Merriam-Webster or its editors. Send us feedback.

borrowed from Latin beātificus "making happy," from beātus "happy, fortunate" (from past participle of beāre "to make happy, gladden, bless," perhaps, if going back to *dwe-jo-, akin to bonus "good," going back to *dwe-nos) + -ficus -fic — more at bounty 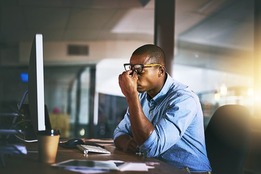 : having a blissful appearance
a beatific smile

More from Merriam-Webster on beatific

Thesaurus: All synonyms and antonyms for beatific