: the biological process that involves the enzymatic breakdown of a cell's cytoplasm or cytoplasmic components (such as damaged or unneeded organelles or proteins) within the lysosomes of the same cell Most of the time, cells sweep away this debris. They even recycle it for fuel. Through the process of autophagy, or "self-eating," cells create specialized membranes that engulf junk in the cytoplasm and carry it to a region of the cell called the lysosome, where the waste is broken down and burned for energy.— Gretchen Reynolds Certain environmental cues (such as starvation, high temperature, low oxygen, hormonal stimulation) or intracellular stress (damaged organelles, accumulation of mutant proteins, microbial invasion) activate signalling pathways that increase autophagy.— Beth Levine … proliferating [cancer] cells maintain a nutrient supply by hijacking a natural cell-housekeeping process called autophagy, in which cells chop up and dispose of damaged or obsolete cell components such as proteins.— Nathan Seppa

First Known Use of autophagy

History and Etymology for autophagy

The first known use of autophagy was in 1924 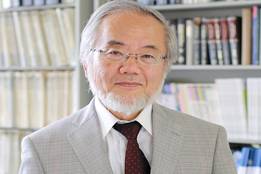 : digestion of cellular constituents by enzymes of the same cell

Other Words from autophagy