medical : loss or impairment of the power to use or comprehend words usually resulting from brain damage (as from a stroke, head injury, or infection)
Aphasia, the cruel illness resulting from a stroke, allowed Jean to understand what was said to her but prevented her from clearly replying.—

Recent Examples on the Web Just five episodes into the first season, a virus-causing fever and aphasia breaks out aboard the station, forcing the already anxious and frustrated new crew members to self-isolate in their quarters to slow the rate of infection. —

James Charisma, Ars Technica, 25 May 2020 Last year, Asaro had a stroke and suffers from paralysis on the right side of his body and a brain disorder called aphasia, according to the judge's ruling. —

D. T. Max, The New Yorker, 23 Sep. 2019 Travis, who has aphasia, a condition that limits his ability to speak and give interviews, reveals his painful, monthslong recovery from the stroke in the memoir chronicling his rise to fame in candid detail. —

Aj Willingham, CNN, 24 Aug. 2019 The unpredictable and debilitating symptoms mimic a stroke and can include these visual auras as well as sensory auras (numbness and tingling), motor auras (partial temporary paralysis), and aphasia (the inability to comprehend or speak). —

Sunny Fitzgerald, Glamour, 14 Aug. 2019 She was rushed to the E.R. after collapsing at the gym with an excruciating headache and was left with temporary aphasia, or language impairment, after her first surgery. —

Abby Gardner, Glamour, 8 Apr. 2019 Those with aphasia, who’ve lost the ability to speak, sometimes can sing familiar songs, and some can eventually be taught to transition from singing to talking. —

These example sentences are selected automatically from various online news sources to reflect current usage of the word 'aphasia.' Views expressed in the examples do not represent the opinion of Merriam-Webster or its editors. Send us feedback.

Note: French aphasie was introduced by the physician Armand Trousseau (1801-67) in "De l'aphasie, maladie décrite récemment sous le nom impropre de l'aphémie," Gazette des hôpitaux civils et militaires, tome 37, issue of January 12, 1864, pp. 13-14. As is evident from the title, Trousseau preferred aphasie to the term aphémie, introduced earlier by physician and anthropologist Pierre Paul Broca (1824-80). Broca replied in defense of his coinage in a letter published in the same periodical on January 23. The controversy, with translated extracts from Gazette des hôpitaux, is summarized by John Ryalls in "Where does the term 'aphasia' come from?," Brain and Language, vol. 21 (1984), pp. 358-63. Though Trousseau's arguments are linguistically not at all sound, his choice has nonetheless prevailed.

1864, in the meaning defined above 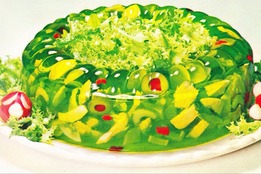 : loss or impairment of the power to use or comprehend words usually resulting from brain damage (as from a stroke, head injury, or infection) see motor aphasia compare amusia, anarthria

More from Merriam-Webster on aphasia