: a procedure for solving a mathematical problem (as of finding the greatest common divisor) in a finite number of steps that frequently involves repetition of an operation
broadly : a step-by-step procedure for solving a problem or accomplishing some end
There are several search engines, with Google, Yahoo and Bing being the biggest players. Each search engine has its own proprietary computation (called an "algorithm") that ranks websites for each keyword or combination of keywords. —

Recent Examples on the Web But the plaintiffs in the case, the family members of a person killed in a 2015 ISIS attack in Paris, have argued that YouTube’s recommendation algorithm can be held liable under a US antiterrorism law. —

Brian Fung, CNN, 20 Jan. 2023 The Hadid effect is that the 26-year-old model has nailed a street style algorithm that no other celebrity has been able to quite accomplish. —

Liana Satenstein, Vogue, 29 Dec. 2022 For better or worse, these accounts can turn a TikTok user’s personal algorithm into a hyper-curated feed of traditional grandma experiences. —

Hannah Giorgis, The Atlantic, 21 Dec. 2022 Most famously, Google’s PageRank algorithm settles the matter with a tautology: the most relevant web page was the one that had the most links from the other relevant web pages. —

Quanta Magazine, 7 Dec. 2022 Another compelling use case for ChatGPT is the AI creating a script of Seinfield in which Jerry needs to learn the bubble sort algorithm. —

R.t. Watson, WSJ, 26 Nov. 2022 While there is no algorithm that can amplify certain posts over others and no ads to distract users, there are drawbacks. — 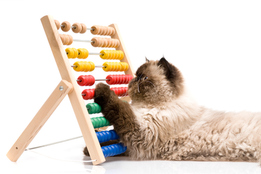 : a step-by-step method for solving a problem (as finding the greatest common divisor) or accomplishing a goal