The Origins of 'Zika Virus'

The virus takes its name from the Zika Forest in Uganda

The World Health Organization has declared an international public health emergency following the recent outbreak of the disease known as the Zika virus, or Zika. This once obscure virus was detected in Brazil in May 2015 and spread rapidly through South America, Central America, and the Caribbean. While infection with Zika virus is typically asymptomatic or causes a mild illness, health officials are concerned that the outbreak of Zika virus in Brazil has coincided with a greatly increased incidence of microcephaly, an abnormal smallness of the head, in children born to pregnant women infected with the virus. 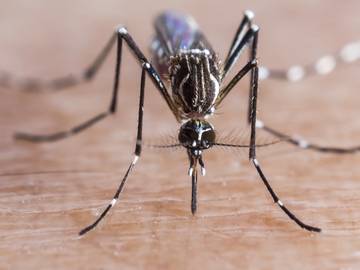 The virus was first isolated from a rhesus monkey caged in the Zika Forest in Uganda—hence the name 'Zika virus.'

Zika virus is not a newly described pathogen. First use of the term in print dates back to 1952:

The purpose of this communication is to describe the isolation of yet another virus which is believed to be hitherto unrecorded. Particular interest attaches to the recovery of this virus, partly because it was encountered on two occasions separated by 9 months, and partly because it was isolated independently by G.W.A.D. and later by S.F.K. employing different methods, both of which were being used primarily in the search for yellow fever virus in nature. This virus has been called Zika virus after the geographical name of the area from where the isolations were made. —G. W. A. Dick et al., Transactions of the Royal Society of Tropical Medicine and Hygiene, September 1952

The virus was first isolated from a caged rhesus monkey in Uganda. It's named after the forest where the monkey was caged—the Zika forest, located along Lake Victoria near Entebbe, Uganda.

In the years that followed, Zika virus rarely made its way into print, as there were no outbreaks and few documented cases of human disease resulting from infection. This changed in 2007, when the first documented outbreak of illness attributed to Zika virus infection occurred on Yap Island in the Federated States of Micronesia. Medical interest in Zika increased thereafter, but the virus remained little-studied until the current, much larger outbreak began in Brazil.

Scientists are now rushing to learn more about the virus and to determine how it may be linked to microcephaly. The virus is thought to be transmitted chiefly by aedes mosquitoes, like the closely related viruses (called flaviviruses) that cause yellow fever, dengue, and chikungunya, although there have been some reports that the virus may have spread to culex mosquitoes. Less is known about how Zika virus infection may lead to microcephaly or other birth defects, and the medical community is rushing to find answers and treatments to stop the spread of the virus.