A history of once-banned dance crazes

At a certain point in recent history, a new dance craze swept the globe, occasioning considerable excitement among the young, matched by considerable hand-wringing among those who felt that it was morally hazardous. This dance was banned in a number of places, denounced from pulpits and by newspaper editorials, and even received an official rebuke from the Pope. And no, this pernicious form of movement was not twerking, daggering, the Macarena, or any one of other recently censured dances. It was the waltz. 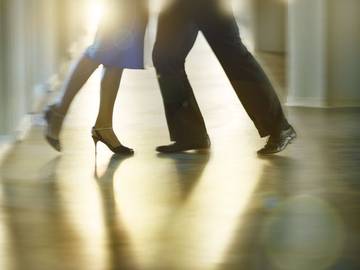 The waltz (“a ballroom dance in ³/₄ time with strong accent on the first beat and a basic pattern of step-step-close”) was imported from Germany and Austria, and became popular in North America and Britain in the early 19th century. The new dance craze hit England before America, and the London Times in 1816 observed its arrival with disapproval: “We remarked with pain that the indecent foreign dance called the Waltz was introduced at the English Court on Friday last.” The newspaper thought that this dance was not worthy of comment, as it was previously “confined to prostitutes and adulteresses”, and with the appropriate degree of Francophobia for the age, they blamed its introduction on “some worthless and ignorant French dancing-master”.

Not to be outdone, moralizers in North America soon after took up the cudgel.  An article in the Southern Literary Messenger from 1835 sniffed: “Can our beloved wives and daughters—beloved, because still uncontaminated by foreign corruptions—can they suffer themselves to be continually whirled about in all the giddy, exciting mazes of the licentious waltz, like so many French or Italian Opera girls, without impairing or losing all self-respect?”  An anonymous scribe, writing the journal The New World in 1843, made an impassioned plea to parents whose children fell prey to the siren call of this whirling dance: “If you wish to preserve in its freshness their modest innocence…suffer them not to waltz.” The objections to waltzing were due to the fact that it allowed partners an immodest degree of physical contact, and encouraged licentious thoughts in men when they placed their hands on a woman’s body.

The waltz was banned in the 1820s by Pope Leo XII, and American etiquette books cautioned against it (“with regard to the lately introduced German waltz, I cannot speak so favourably”, wrote the author of the 1840 edition of Etiquette for Ladies). Even by the end of the 19th century, the dance still had detractors: a dancing teacher was quoted in The Washington Post in 1882 saying “the waltz is calculated to do more injury to the young than many of the vices that are preached against from the pulpit”.

As is evident to anyone who has ever taken a ballroom dancing class, the waltz was able to make the transition to respectability, and the terpsichorean sanctimony soon focused on other ways of moving one’s body to music. The 20th century in particular has seen repeated attempts to prevent dancers from causing irreparable harm to their souls. The tango was referred to in 1913 by a French Archbishop as a “deep moral danger”, and the same year Kaiser Wilhelm forbid his army officers from dancing it (as well as its evil cousin, the two-step).

Dances associated with jazz (and African-American culture) received particular negative attention. The Charleston (“a lively ballroom dance in which the knees are twisted in and out and the heels are swung sharply outward on each step”) was banned in many places due to its apparent sexual nature and likelihood of exposing women’s legs (although some locales banned it for ostensible safety concerns, after more than 40 people were killed in Boston when the floor collapsed at a Charleston dance in 1925). A number of areas and associations forbade the shimmy (the shoulder-wriggling favorite of the Jazz Age crowd).

A city ordinance barring the shimmy dance was passed at Sheridan, Wyo. The regulation provides for a fine of $100.
— Jackson’s Hole Courier (Jackson, WY), 12 Feb. 1920

On the same day we note that Paris has decreed long skirts and ultra-modest clothing, and that in New York the National Dancing Association has banned the shimmy and other spoonful dancing.
— The Los Angeles Times, 7 Aug. 1921

The turkey trot and the bunny hug may have now lost their risqué glow, but when these ragtime dances were introduced they were viewed by many as road maps to perdition. And the jitterbug, a frenetic dance whose name appears to have been based on Cab Calloway’s slang term for a drunk, was subject to ordinances and resolutions banning it.

The Inaugural Committee was told to-day at an executive session that President Wilson’s real reason for requesting the committee to abandon the usual inaugural ball was that he feared there would be indulgence in the “turkey trot,” the “bunny hug,” and other ragtime dances., and thus provoke what might amount to a National scandal.
— The New York Times, 21 Jan. 1913

The committee of two will consult Mayor Fred Hugo about the enactment of an ordinance assessing a daily $5 license fee on the borough’s only “jitterbug palace.” This, they believe, will be prohibitive even for places patronized by the most ardent fans of swing.
— The New York Herald Tribune, 26 Mar. 1939

There are few dances of the last hundred years which proved to be both popular with youth and exempt from charges of immorality. While any dance’s popularity may be ephemeral, a strong feeling of elderly disapproval seems to be a consistent theme with each new iteration. A suggestion for those of you who find that their parents (or grandparents) are wagging fingers at whatever dance you and your friends are doing: the proper response is “At least I’m not doing the bunny hug.”