Getting All Worked Up Over 'Wrought'

And the havoc it has wreaked

We encounter the adjective wrought in such collocations as "wrought iron" and "finely wrought prose." The word is defined with a number of meanings, among them "worked into shape by artistry or effort" and, when speaking of metals, "beaten into shape by tools." 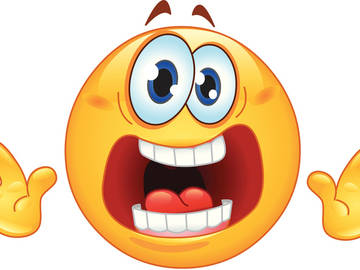 When paired with 'up', 'wrought' can mean "deeply stirred" or "excited," as in "easily gets wrought up over nothing."

When paired with up, wrought can mean "deeply stirred" or "excited," as in "easily gets wrought up over nothing."

Wrought derives from Middle English worken, the past participle of our very familiar verb work, following similar verb patterns still in use today (caught, bought, taught). Nowadays, however, we simply use the standard –ed suffix for work:

Nathaniel Williamson, of Stafford, Va., said this was his second year at the festival. He fashioned bracelets out of silver plated silverware and demonstrated how he worked the metal by hand, without heat.
—Michel Elben, Carroll County Times (Maryland), 13 July 2015

Wrought as a past or past participle form of work still turns up on occasion but for the most part is considered archaic. Shakespeare plays with the word as a past-tense verb in Timon of Athens:

TIMON. How lik'st thou this picture, Apemantus?

APEMANTUS. The best, for the innocence.

TIMON. Wrought he not well that painted it?

APEMANTUS. He wrought better that made the painter; and yet he's

but a filthy piece of work.

Wrought might be best known from the line "What hath God wrought," which appears in the Book of Numbers (KJV 23:18) and holds the distinction of being the first Morse code message transmitted by Samuel Morse over the Baltimore-Washington telegraph line in 1844. Wrought here is used as a past participle (hath is an archaic form of have).

The adjective overwrought is defined as "extremely excited, agitated" and "elaborated to excess, overdone." Although both of these senses have analogues in wrought, overwrought is itself a Middle English creation. It does not precisely mean the same thing as overworked, which can describe things worked excessively to exhaustion (such as horses) or to the point of losing elasticity (such as bread dough). Rather, overwrought can describe something given too much attention:

Instead of swinging for the fences with big overwrought scenes, he builds atmosphere with the careful accretion of detail ...
—Peter Blauner, The New York Times Book Review, 3 Jan. 1993

...or one brought down by an excess of excitement or stimulation:

Funny how he had become so overwrought during the 1974 world championship that he sat down on a bench to savor his victory -- and passed out.
—Gary Smith, Sports Illustrated, 14 Sept. 1988

In 1986, when Sean Penn wrought havoc on the Hong Kong set of the production of Shanghai Surprise, Harrison flew in to patch things up between his movie crew and the temperamental actor.
—Howard G. Chua-Eoan, Time, 16 May 1988

Because English speakers are familiar with the more common phrase "wreak havoc," some come away with the false impression that wrought is a past tense form of wreak rather than work. Wreak means "to bring about or cause" and is not related to either work or wrought, but since it can also mean "to cause the infliction of" (as in "wreak vengeance") and carries the connotation of bringing about ruin or trouble, it can cause the similar-looking wrought to be read erroneously with the same connotation.

But "work havoc" is a phrase in its own right:

The least change in the way things are done can work havoc in supply regions.
—Jane Jacobs, Cities and the Wealth of Nations, 1984

When we encounter "wrought havoc," it's meant as a past-tense form of "work havoc."

This distinction is important to make when reading a line like "What hath God wrought." Spoken by the Moabite prophet Balaam against King Balak's command to curse the Israelites, it is meant to be read not as a question but an exclamation admiring the creations of God.