One of the key qualities of a coinage that actually goes the distance—that is, that becomes an established member of the language—is that it serves a real function. It does something not currently being done in the language, or at least not being done efficiently.

Xennial may very well be such a word. It's a word that refers to people who were born on the cusp between Generation X and the millennials. 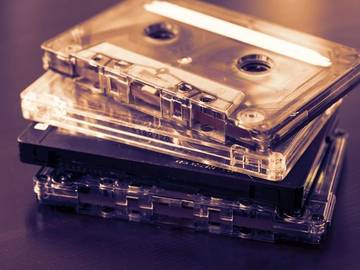 Your friendly dictionary of course already defines Generation X and millennial; the first refers to the generation of Americans born in the 1960s and 1970s, and the second refers to a person born in the 1980s or 1990s. (Marketing specialists and others will narrow these to specific years, but we aim to reflect general usage, which tends to be a bit looser.) But the world changed a lot during the formative years of those at the end of the first and at the beginning of the second, and that collection of people has come to be seen as a group unto itself. And the name for them that seems to be sticking is xennial:

If you remember dial-up Internet connections, ever owned a flip-phone, made a mixed tape or remember when the New Kids on the Block shot to stardom the first time, then you may be an xennial. It’s a population sandwiched between Gen Xers and millennials that doesn’t identify with either.
— CBS New York (newyork.cbslocal.com), 15 Sept. 2017

The term Xennial doesn't exist for the sole purpose of making old millennials feel better about themselves. It's a thing because it simply resonates so deeply with those of us born between 1977-1983. We see ourselves reflected in descriptions of kids who played Oregon Trail, adolescents who used dial-up to chat on AOL instant messenger, and college students using mobile phones for the first time. Our pre-internet childhood separates us from millennials, and it's obvious now that we're parents.
— Kimmie Fink, Romper (romper.com), August 2017

The word was coined by writer Sarah Stankorb, and first appeared in GOOD magazine in September 2014:

I was born in 1980. According to some sources, this makes me a Gen Xer. According to others, I’m a Millennial. That makes me what then, a Xennial? I take online quizzes, like Pew Research Center’s “How Millennial Are You?”, and land dead between Gen X and Millennial due to my personal habits, body piercings, and so many more reasons.… [T]hose of us born in the fuzzy borderland between Gen X and Millennial are old enough to have logged in to our first email addresses in college. We use social media but can remember living life without it. The internet was not a part of our childhoods, but computers existed and there was something special about the opportunity to use one.

Stankorb notes here that other writers have given this microgeneration other names: Danielle Nussbaum's "Generation Catalano," from the My So-Called Life character Jordan Catalano, was in a Slate article by Doree Shafrir, and Anna Garvey dubbed the group "Generation Oregon Trail" in 2015, for a video game that many xennials played in school. But xennial is the word that seems to be settling into the lexicon—probably in no small part due to the fact that explaining it can be easily done without hyperlinks.

Initially the word was used in articles by and for xennials themselves. But it seems now that the people in marketing are paying attention:

All this bodes well for the establishment of xennial, but at least one question remains: how do you pronounce it? Stankorb herself pronounces it with an initial \z\, with the "x" doing what it does in xylophone.

But note the following:

Born in 1982, I'm on the border between Gen X and these virtuous millennials—the technical term for me is an "xennial", if you please (the category gained official recognition a few months ago).
— Zoe Strimpel, "I'm a xennial—and I find Britain's drinking culture terrifying," The Telegraph (UK), 1 Oct. 2017

We don't actually know what the author wrote and what the editor corrected. Did the author use "an xennial," signaling that she pronounces the "x" like in "Generation X," and the editor choose "a xennial" for the headline, signaling Stankorb's initial \z\? Possibly, but then there's this slightly different version from a different edition of the same publication:

Born in 1982, I'm on the border between Gen X and these virtuous millennials—the technical term for me is a "xennial", if you please (the category gained official recognition a few months ago).
— Zoe Strimpel, "This xennial is still terrified of Britain's drinking culture," The Sunday Telegraph (London), 1 Oct. 2017

So maybe Strimpel used "a xennial" after all. It's apparent that this time the editor opted to avoid the issue in the headline completely. Hmm.