A term like tiny house is what we in the dictionary biz tend to call self-explanatory. Look up tiny and house and you generally know what to expect. But sometimes a phrase like this takes on a meaning of its own, and tiny house becomes something not quite so simple as it sounds (like when hot mess became something other than a mess that is hot.) 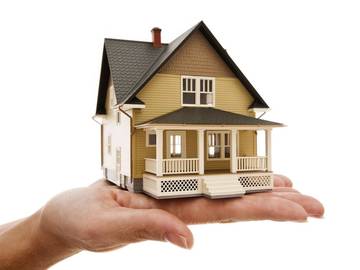 A real tiny house is bigger than this, but not by much.

We've been watching tiny house, and its variant tiny home, for some time to see if it's becoming something other than the semantic sum of its parts. The clearly self-explanatory kind of tiny house is, of course, nothing new at all:

All alone, during the stillness of the tropical mid-day, he would pursue his quiet work, sitting in the shade and weaving together the leaflets of his cocoa-nut branches, or rolling upon his knee the twisted fibres of bark to form the cords with which he tied together the thatching of his tiny house.
— Hermann Melville, Typee, 1846

In addition to referring to very small houses, tiny house has historically also referred to very, very small houses, like the kind sculptor H.C. Westermann made—unfit for human habitation for the simple reason that no human could fit inside one.

In more recent years, though, tiny house has been settling into a very particular meaning that might move it from that self-explanatory territory into a comfy little lexicographical plot of its own:

Tiny houses (typically under 400 square feet) hold great potential to address affordable housing challenges as they are within financial reach of minimum-wage workers. In Detroit, for example, an innovative rent-to-own model now gives low-income residents who would not qualify for a mortgage an opportunity to own a tiny house, potentially paying it off in just seven years and getting $40,000 in equity.
— Marina Schauffler, The Press Herald (Portland, Maine), 25 June 2017

Tiny houses aren't the most affordable housing you can find in a city, but they are well within reach for many first-time homebuyers who want to live more simply, or retirees who want to downsize in a big way.
— Max Nesterak, Minnesota Public Radio News (mprnews.org), 30 Aug. 2017

An architect named Lester Walker is at least partly responsible for the modern term. In 1987 Walker published Tiny Houses: Or How to Get Away From It All, a paean to dwellings large enough for real live people, but for very little of their stuff. Walker capped his tiny houses at 325 square feet, being perhaps the first to establish just what tiny should mean when we're talking about tiny houses for people to live in.

It's in this century that tiny houses have really taken off as a phenomenon, and Walker is by no means the sole inspiration—there's Thoreau, millennia of hermits, HGTV, etc. But the phenomenon is not the lexicographer's purview (for a delightful treatment of that see Julie Lasky's "The Surprising Origins of the Tiny House Phenomenon" over at curbed.com). Our interest is in the term, and Walker's square footage requirement goes a good way toward marking tiny house as something very specific indeed.

These days something that qualifies as a tiny house is sometimes said to be under 400 square feet and sometimes under 100 square feet. Some make the claim that a tiny house has to be on wheels (in which case they're legally considered RVs), but there's no real consensus either way. Wheeled or not, many agree that it can be hard to find a place to put a tiny house because RV parks don't allow them, cities and towns don't typically let RVs park just anywhere, and many zoning laws and building codes require minimum square footages that no self-respecting tiny house owner would consider.

We're also seeing the term tiny house appear in newspapers around the U.S. due to the work of activists. The Secwepemc Nation is building tiny houses directly in the path of a planned pipeline through their territory, and tiny houses are combating homelessness around the world.

And we should of course mention that HGTV has done more than its share in helping things along.

All of the hubbub about tiny houses as very particular dwelling entities bodes well for the term tiny house. It may be ready for a (tiny) lot of its own soon.